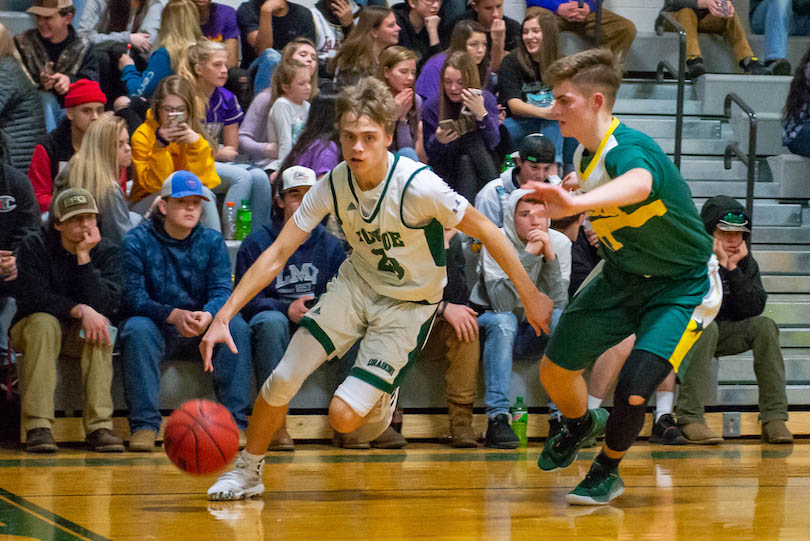 William Monroe’s boys basketball team is putting together a little bit of a revenge tour lately.

Last week they dropped Fluvanna County to avenge an early season loss then Monday night behind a balanced offensive effort they beat Nelson County squad 56-49, a team that edged out the Dragons earlier in the year.

The return of Logan Barbour from injury has helped spark the Dragons after a rough early start to the season and he finished with 14 points Monday to co-lead Monroe along with Blake Shifflett who also had 14. Barbour did a solid job of setting the table all night too, notching seven assists.

That was enough offense to help Monroe fend off a 26-point performance by Brice Wilson. Wilson knocked down four 3-pointers, with three of them coming in fourth as Nelson tried to claw its way back into the game after trailing 42-31 heading into the fourth. Monroe kept the Governors from completing the rally with a 9-for-13 performance at the charity stripe in the fourth.

Monroe (9-7) built a narrow early lead in the first, leading 12-8 on the strength of 3-pointers from Troy Jones and Lindsay.

Nelson County will try and bounce back on the road against Gretna Tuesday night while the Dragons tangle with Warren County on the road the same night.