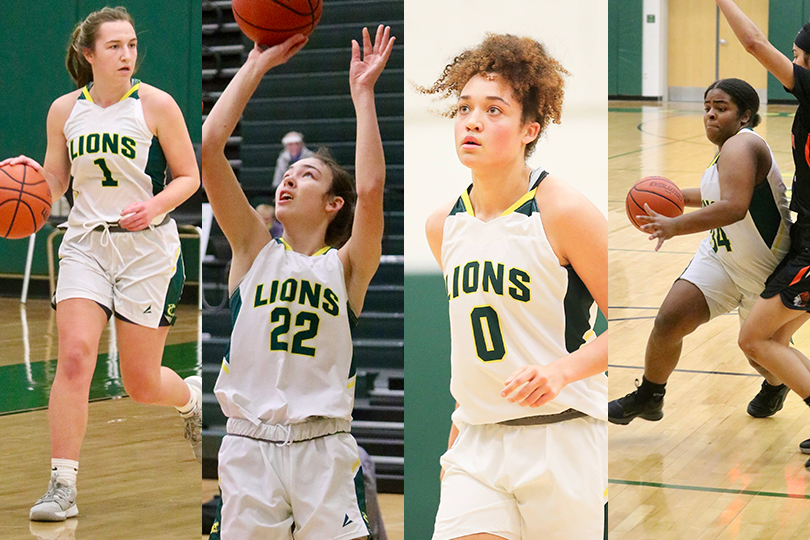 The Basics: According to Olivia McGhee, Louisa County knew it had a target on its back coming into the state tournament and that they were going to have to be sharp. They passed one test with flying colors, using an early surge to put Grafton into too deep of a hole to climb out of in the semifinals. Now they square off with Pulaski County, an unbeaten team coming off a last second win in a defensive struggle with Loudoun Valley. Pulaski got a big performance from Ally Fleenor in that clash as she notched 20 points and Louisa will also have to contend with Keslyn Secrist, who hit a game-winner in overtime and scored 10 points in the semifinals. Louisa has taken some of the defensive matchup headache out of the equation by predominantly playing a trapping press or a halfcourt zone, but they’ve shown the ability to switch to man-to-man. The bottom line is that in the last few games, Louisa has proven it can counter opposing offenses in a variety of ways, drawing on their length and quickness to create issues for the other side. This has been a special ride that goes way behind the Xs and Os too, and while everyone knew when Sylvie Jackson joined up with the Lions this year that Louisa was going to be special, this is still some uncharted territory for Louisa. First region championship in 25 years. First trip to a state final. And for the Lions’ seniors like Alexis Chapman, Taylor Fifer and Lydia Wilson a meteoric rise from a 4-20 record they struggled through as freshmen. McGhee has repeatedly said she’s unsatisfied at each stage of this run and while that’s the right thing to say, she says it so emphatically and so consistently that it sounds more genuine than usual. Louisa is on a mission and that mission’s success ends in a win against the Cougars Saturday night.

Key Matchup: How Pulaski chooses to defend Olivia McGhee. Trying to contain McGhee takes a team effort and based on her region final performance against Monacan where she scored 35 points while going 12-for-17 from the field with the bulk of it coming in the fourth, McGhee has a strong sense of the moment. Since the moment doesn’t get much bigger than a state title game with a ring on the line, the Cougars should find themselves facing McGhee at her most terrifying level. That’s where there just aren’t many high school players in the country who can stay in front of her on offense and where she just starts gobbling up rebounds and blocking shots from every angle with her ability to elevate. In that situation, there aren’t many good answers for McGhee, but even focusing on her could prove problematic as Sylvie Jackson, Lydia Wilson, Kyla Banks, Alexis Chapman, Hayley Walker and Taylor Fifer are all capable of cashing in on open opportunities. Try and press, McGhee can move the ball as well as anyone we’ve seen. Sit back and she and the Lions’ execution of the offense will pick you apart. Pulaski has its work cut out for them.

Who to watch: Louisa County’s Sylvie Jackson. The Cougars are patient and disciplined which should allow them to matchup better than Grafton did with Louisa, but that’s where Jackson comes in. Jackson has proven how much damage she can do without the ball in her hand all the time on countless occasions this year. She can knock down shots from the wing, attack off the dribble, finish off putbacks or just use her constant movement to open things up for a teammate. And that’s on offense Jackson’s biggest impact comes on the defensive end where she can either serve as the tip of the spear on the press or use her length to disrupt opposing guards when the Lions play a zone. On the ball, she’s a steal machine and in addition to making so many big plays she also makes a lot of the little ones that don’t show up in the box score that can be the difference in a state title game whether it be a deflection or tip out.

The Line: Louisa by 5. The Lions keep winning in different ways and while this may require they find yet another way, they’re battle tested and should be ready to handle anything. 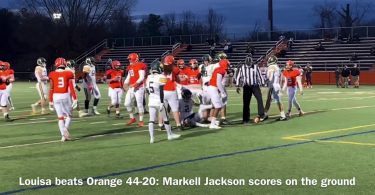 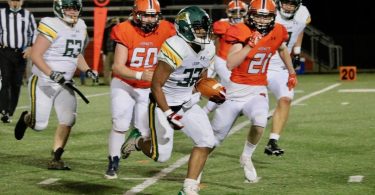