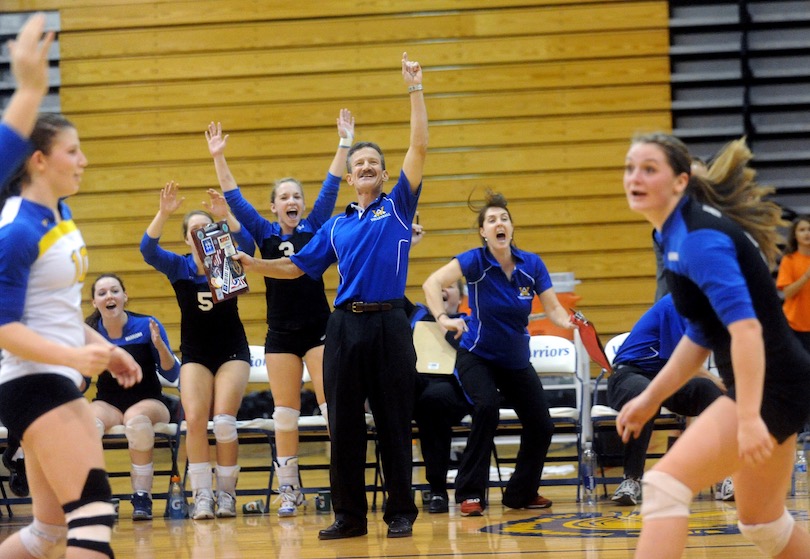 Lance Rogers celebrates a win in 2009.

For the first time in 10 years, Lance Rogers is back in charge of a high school volleyball program.

Rogers, who won 185 games at Western Albemarle from 2002-2010 as the head coach will take over Albemarle’s program, following legendary head man Mark Ragland who retired in February after nearly 40 years at the helm. The move was announced to the Albemarle volleyball family in an email by Deb Tyson Saturday.

When Ragland stepped away, that prompted Rogers, who’d been mulling over a return to the high school game, to accelerate his thought process.

“I thought about it for about 15 seconds and thought if you’re going to do it, this is the ideal program to take over,” Rogers said. “A tremendous organization, a great administration I’ve had a lot of respect for and I’ve been working with a lot of these Albemarle athletes already through club so it just seemed like the right fit.”

Rogers, who served as an assistant under Ragland before heading to Western back in 2002, stepped away for personal reasons in 2010. A career change — Rogers is a lawyer who previously worked as a legal analyst for Bloomberg — and a desire to spend more time with his family prompted his departure in the midst of an 80-game Jefferson District win streak and nine-straight Jefferson District titles (before Albemarle entered the JD mix). The Warriors advanced to the state quarterfinals in 2009 under his guidance.

Since retiring from that legal analyst job, he’s ramped up work as a club volleyball coach and as a high school volleyball official, and that reawakened that desire to work with high school players in a prep program.

“My favorite part of the day, always when I’ve been coaching has been walking into the gym for practice,” Rogers said. “I enjoy that more than the matches … I just enjoy being with the athletes and working.”

Now he’ll dive headlong into following a coach in Ragland that provided the blueprint for a lot of what he did at Western Albemarle.

“I stole shamelessly from Mark, he taught me so much about the high school game and I think he and I thought enough alike that the transition will be pretty smooth,” Rogers said.

Like Ragland, a number of Rogers’ former players during his time at Western have gone on to become coaches like former Maryland standout Sarah Harper and Randolph Macon alum Riley Martin. That’s been one of the most rewarding parts of his coaching journey.

“As I’ve gotten older, one of the greatest compliments I can get is when I see former players coaching as adult women,” Rogers said. “I’m really looking forward to having a whole new generation of players becoming adults and still enjoying the sport.” 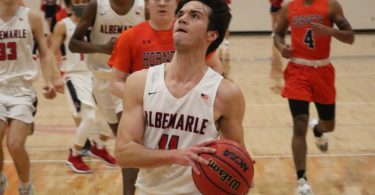 Albemarle’s boys basketball team has been waiting for Will Hornsby and Wilson Hagen to kick things...