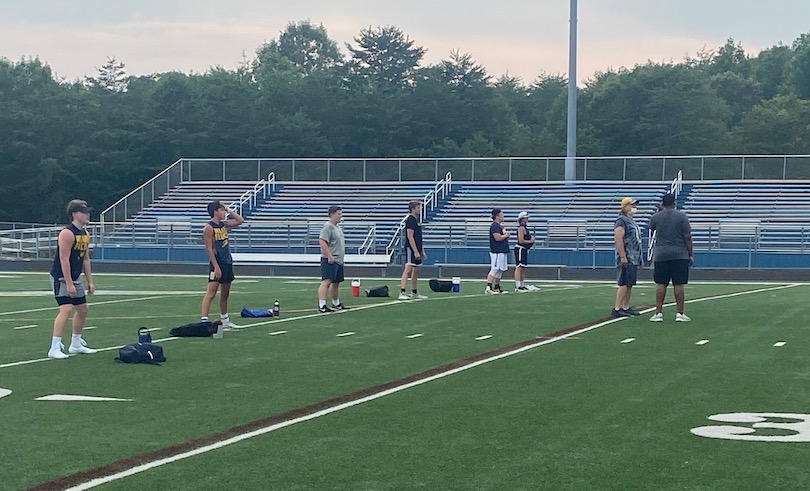 When the world of high school sports slowly starts to emerge after it came to a halt back in March, the little things that can bring a sense of normality mean that much more.

“Anytime you can get out, and you haven’t seen each other in person for so long, I mean a lot can happen in three months,” said Fluvanna coach Mike Morris.  “It’s just nice to be around them, it’s been a while since I’ve seen any of them”.

The COVID-19 pandemic brought all high school sports to a standstill including school-based workouts. However, with an increased amount of regulations, social distancing and safety guidelines, teams are beginning to take the field once again, starting with Fluvanna football Monday evening, one of the first local teams to make their way back together.

Monday night, players were outside on the field and spaced further than usual, with coaches wearing masks. To make these workouts happen, Fluvanna had to submit a health plan to the Virginia Department of Education. The Flucos’ field hockey team also started workouts Monday and volleyball will follow Wednesday. Other local programs are starting to get things in place too, with Monticello and Goochland among the schools and programs that are set to start next week.

The Flucos, who are looking to keep building on the momentum of two straight playoff appearances that ended a long playoff drought for the program. The Flucos return some key pieces from last year’s team that lost in the first round of playoff action, but see the departure of a deep senior class as well that included East Carolina lineman Walt Stribling.

“We lost a lot, we had some tough guys and pretty physical guys, the line play, we’ve had some pretty good linemen over the last couple years,” Morris said.

Morris believes that returning experience can help benefit the team in other ways.

“I think we’ll have more skill guys this year, but we’ll have to develop our linemen on both sides of the ball, and develop a rotation for how we’ll use them. We’re going to be smaller, but I think we can be quicker on the lines,” Morris said.

While there will be some new faces on the line, the Flucos return plenty of experience in other areas.  At quarterback, Kobe Edmonds  is set to return for his third season as Fluvanna’s starter.

“We get Kobe back who’s a two-year starter, and he knows the offense which is great and we trust him, but maybe we can move him around and get him the ball more on offense,” Morris said.

With their returning pieces, there is definitely potential for the Flucos to find their way into the playoffs for the third straight season.

For now though, it’s obvious that just getting together is enough for the Flucos, a start at the very least. And it’s a start, a chance to perhaps return to competition in the coming months for student athletes across the area. 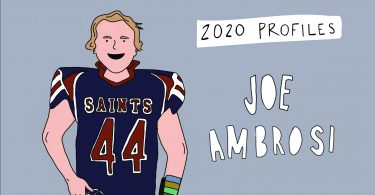