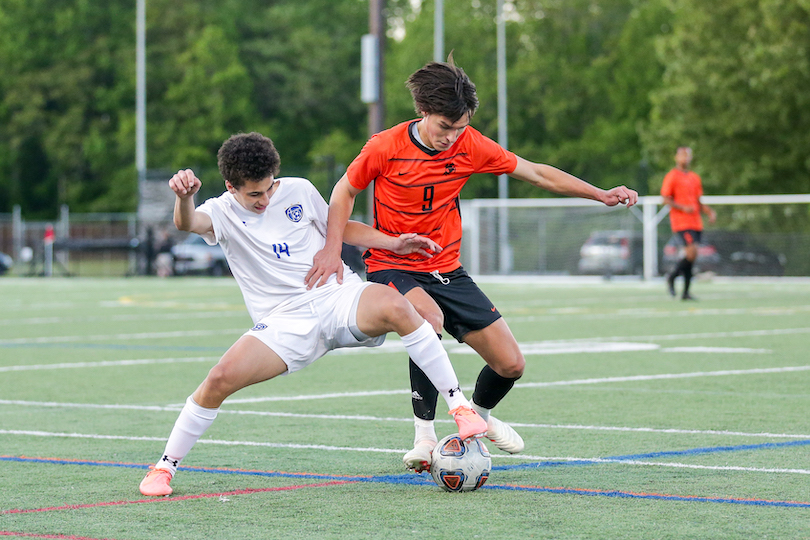 In a game where two defending state champions clash, nothing short of an exciting, grind it out battle was in store for Charlottesville and Western Albemarle. Add that to the fact that Thursday night’s game would not only likely decide the Jefferson District Champion, but the Region 3C number one seed as well.

The Black Knights prevailed 1-0 in the first installment of this year’s rivalry clash, the first full season where both CHS and the Warriors will compete in the same region in soccer, thanks to a goal late in the first half from UVA commit Malcolm Brickhouse.

“Soren (Povisils) played me a really good ball, and I just took it down and took my chance.” Brickhouse said of what proved to be the game-winner.

Soren Povisils, a sophomore, found Brickhouse in a chaos of white jerseys, and put just enough air on the ball for the senior captain to put the ball in the back of the net. It proved to be huge as Western controlled possession for most of the first half, claiming more shots on goal and making Charlottesville goalie Angus Munro work all night.

The Black Knights came out in the second half much more aggressive. Brickhouse and Lucas Simpson wreaked havoc up top, but the Western defense, anchored by Lachlan Murphy, held strong in keeping Charlottesville from taking a two-goal lead. Momentum shifted back to Western as the Warriors started pushing again halfway through the second half. John Magargee sent a bullet that ricocheted off of the top crossbar with 20 minutes left, which sent the Western bench into an uproar and brought new life to the Warriors.

“Western’s a tough challenge. They’ve got a great midfield, a great attack…to keep them scoreless is a pretty big feat. I’m proud of my defense, they played well.” Charlottesville coach Martin Braun said.

Western got multiple chances at the goal as the half went on, but Munro put on a show with multiple big-time saves to keep his team in front.

“My whole defensive line has been great this whole year, I hardly had any shots until this game.” Munro said of his team’s effort.

The Black Knights’ defense, led by seniors Daniel Espinosa and Noah Boswinkel, kept Western’s shifty forwards in check and sent several long balls for its own attackers to get good chances at the net, but the Warrior defense put on their own display of lock-down playmaking. Brickhouse’s goal was Charlottesville’s only shot on goal in the first half.

The 1-0 win helps boost Charlottesville’s shot at the number one seed in Region 3C, a region in which Western also resides along with another district foe in Monticello. The Black Knights and the Warriors only play one time in the regular season this year, so the next meeting could come with a state tournament berth on the line.

“It feels good now, but I told my team we’re gonna play them again when it matters more, so we’ve got to get better. It’s gonna be just as tough next time around.” Braun said.

Both teams played physical all night, which resulted in two yellow cards and a number of stoppages in play. Western freshman Jamey Williamson got a good look at the goal with seconds remaining, but Munro deflected it to cap off his double-digit save night.

Western will look to rebound next Thursday at home vs Orange County. Charlottesville looks to keep it’s unbeaten season alive on Monday when they travel to Orange to take on the Hornets. 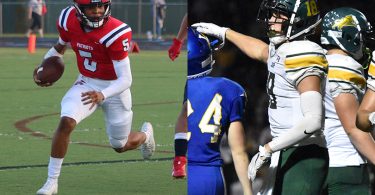 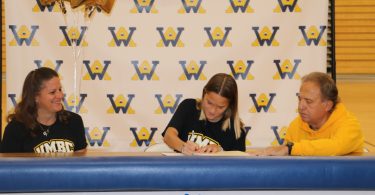