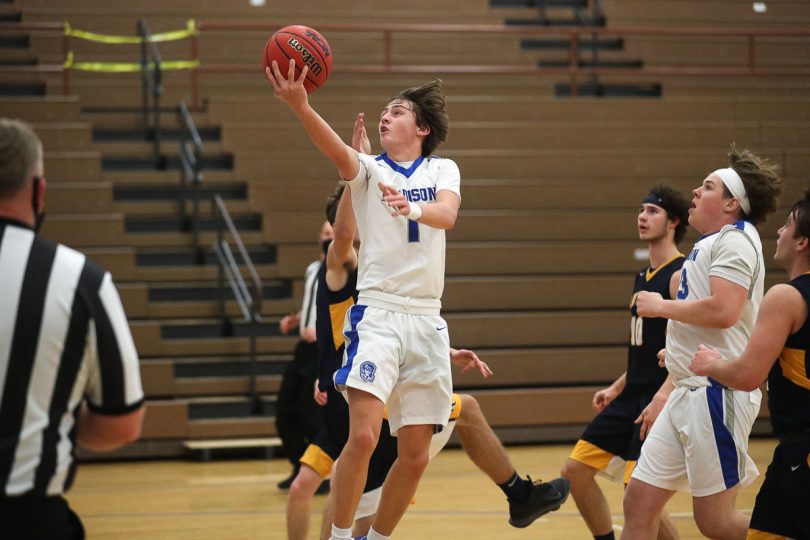 Madison County’s boys basketball team had waited a long time to put their jerseys on and play, but one player had waited a little longer than most.

Jackson Taylor made the wait worth it.

“It’s just good to be back home and back in my gym,” Taylor said. “I’ve known these kids forever, we all have chemistry together — we all know each other, we’re all best friends and we all hang out.”

A year and a half after relocating with his family to Chapel Hill, North Carolina, the Madison native who moved back home a few months back returned to his roots with a 24-point performance in a 60-44 win by the Mountaineers.

While Taylor’s offense helped ignite the win, the real key for the Mountaineers was a locked in team effort on the defensive end in the first half. Madison held Rapphannock scoreless in the second quarter with a combination of a three quarter court trap and a 2-3 zone that frustrated the Panthers. At the half, Rapphannock trailed 23-4, with just a single field goal, a Mason Ramey 3-pointer to show for the half.

“That was a great second quarter, I thought we forced them to take shots that they weren’t really comfortable with,” said Madison coach Ben Breeden.

If Madison can play that kind of defense night in and night out, they’re going to be a tough matchup for anyone in the Bull Run.

“Everybody was working hard, everybody was talking,” Taylor said. “It’s very exciting to be able to play defense that well and to hold a good team like Rapphannock to zero points in a quarter was great.”

The Mountaineers’ suffocating defense in that half led to some easy buckets, but the Mountaineers’ offense really got moving in the second half, with Taylor scoring 19 of his 24 points after the break while going 7-for-11 at the free throw line.

“He definitely brings a lot to the table, he’s a playmaker, a high IQ kid,” Breeden said. “Sometimes he gets down on himself if he misses one shot and we’re like, no you’ve got to keep shooting it, that’s how you’re going to help our team. Tonight he stepped up big and did a good job.”

Taylor also helps open up the floor for the rest of the Mountaineers and that helped spark some other impressive performances. Dean Breeden finished with nine points including two first half 3-pointers. Taylor Fincham, the Mountaineers’ big man, went to work, showing increased strength and an expanded game with eight of his 10 points in the second half.

“We’ve all gotten stronger, especially Taylor,” Ben Breeden said. “He’s got to be ready to catch and finish — they played us man at the end of the game and I think that’s what you saw, what we’re capable of if teams want to play man.”

Grant Lillard led the Panthers with 17 points while Ramey had 12 points.

The Mountaineers are currently set to take on Stonewall Jackson-Quicksburg Thursday night at 6 p.m. 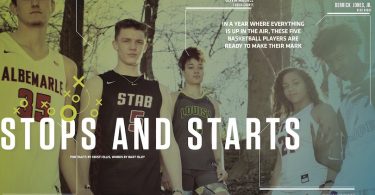 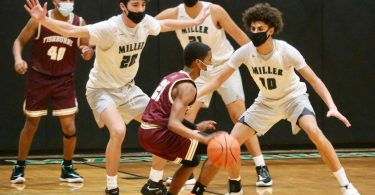 In Miller boys basketball’s first two games, a Friday-Saturday doubleheader with Hagrave, the...