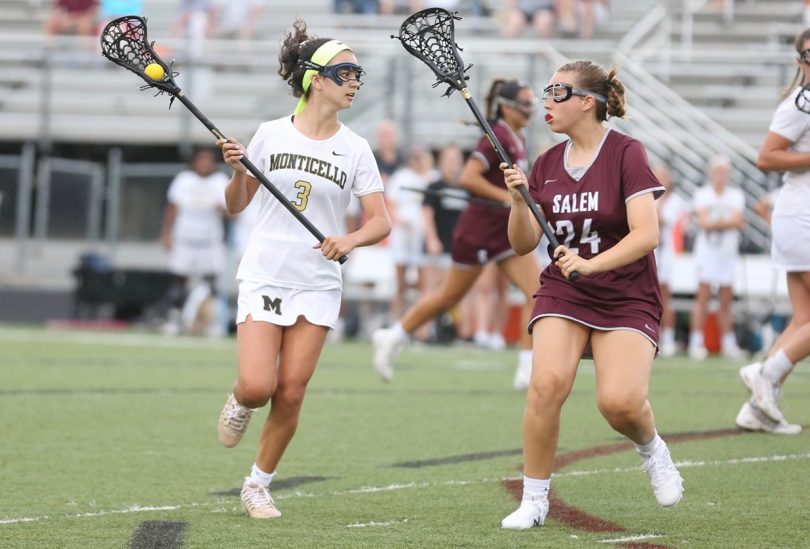 For three years in every single Monticello girls lacrosse game, Caleigh Smith has worn a long neon yellow headband that even poured out of the back of the protective helmet she wore last year as a junior. Whenever teammates saw Smith in that headband give a slight nod of her head a certain way with the ball in her stick, they knew what she wanted them to do and where she was headed with the ball. They often responded with a quick cut exactly where Smith wanted them to go, helping create the offensive flow that has helped power the Mustangs’ incredible recent success.

“I have so much trust in all of my teammates and I hope they have the same trust in me,” Smith said. “Being a part of that (Monticello lacrosse) family is just so unbelievable.”

That neon yellow headband won’t get a chance to see the field again this year due to the COVID-19 cancellations, but it has been along for the ride on one of the most impressive career runs in Monticello lacrosse history.

“She’s given 100 percent of her mind, body and soul to this sport and this team,” said Monticello coach Langley Sloan. “She’s put in countless hours to improve her craft and you can see that in her statistics. My favorite part about Caleigh is her passion for the team to be good. She’s constantly working hard to put the team’s best interest first.”

Smith scored 193 goals and dished out 96 assists in her career while earning All-State Class 4 accolades as a junior. More importantly than the individual numbers numbers though, Smith has been a part of an incredibly deep group of players stretching across multiple years that have won back-to-back region titles, the first two in the program’s history. Last year, the Mustangs set a program record for victories with 15 on the year in a run that ended in the  state quarterfinals.

“We all understand that we have this common goal to like come together and be the best we can be,” Smith said. “And then on the other side of that, we are just so close and such good friends because they were able to build off of each other and keep making each other better.”

Smith, who is headed to Virginia Tech next year as a student with plans to either walk-on or play club lacrosse, has been around the Mustangs’ program longer than her three years of high school. She played junior varsity in eighth grade and before that watched her sisters McKenna Smith and Kendall Smith come through the program. In fact, for a single year, when Caleigh was a freshman, there was a Smith at all three levels for the Mustangs, with Caleigh at midfield, Kendall at attack and McKenna on defense.

It’s not that often that three sisters get to lineup together, and Caleigh cherished that opportunity.

“We literally were all playing at the same time,” Smith said. “It brought me closer with them because I was able to come home and talk to them about games and we’d come home and complain about some play that we messed up. It’s a family within a family.”

That family within the Monticello lacrosse family has had a big impact on how Smith approaches the game too. Smith keeps things in perspective particularly well and plays with a particular joy that’s pretty special.

“I think they have instilled in her this lightheartedness, this ‘we’re not going to take things too seriously’ — we’re going to work hard, we’re going to do everything we need to do to be succesful, but at the end of the day, if you’ve given it your 100 percent, that’s all you can ask for,” Sloan said. “She is just truly a good-hearted, positive person. I think her family deserves a lot of credit for that.” 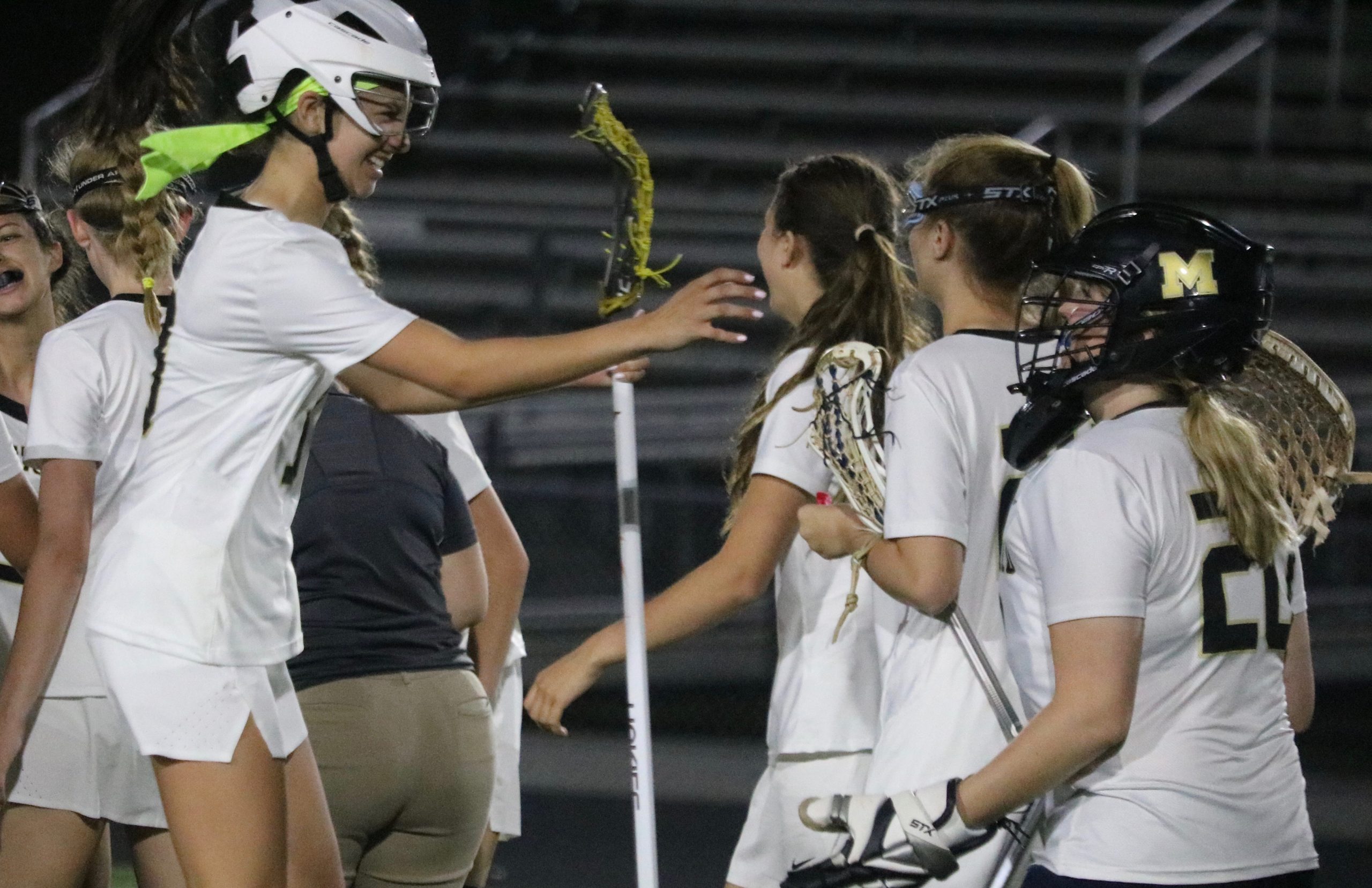 Smith exploded on the scene with 46 goals and 19 assists as a freshman, finding a way to fit into the offense with then sophomore Josie Mallory and then junior Paige McGlothlin as well as Meghan Walin and Ari Archer. That group and Smith came together over the next couple of years to take Monticello girls lacrosse to another level. The Mustangs formed an explosive offensive style that has allowed them to compete and win in a loaded Jefferson District that features a brutal round-robin seemingly each year between Western Albemarle, Albemarle and Monticello where anyone can beat anyone.

“We’re really good at using everyone’s specialities,” Smith said. “Everyone has a particular dodge they want to do or drive or spin one way and we try and orient our plays so that everyone is using their best skill every single time. Then we’re all working on the same page and it just flows so perfectly. It’s the best feeling ever.”

Monticello has been in shootout after shootout with the Warriors and Patriots over the last couple of years, games where the intensity ramps up because often it pits travel squad teammates against one another like Smith and Western’s Libby Carbo. Monticello edged Western twice in three meetings last year (a year where Smith scored 87 goals and dished out 38 assists), including the Region 4A championship game where the Mustangs won 12-11. Smith had two goals and an assist as well as five draw controls in that win, but most importantly she drew a ton of attention all night from the Western defense. That opened the door for Walin to have a monster game with with five goals and Mallory to get into a groove late. That in and of itself is emblematic of Smith’s own growth as a player.

“I think watching her overcome being kind of somebody who Paige and Josie set up to being the player that sets up our team to win … she did it with no fear,” Sloan said. 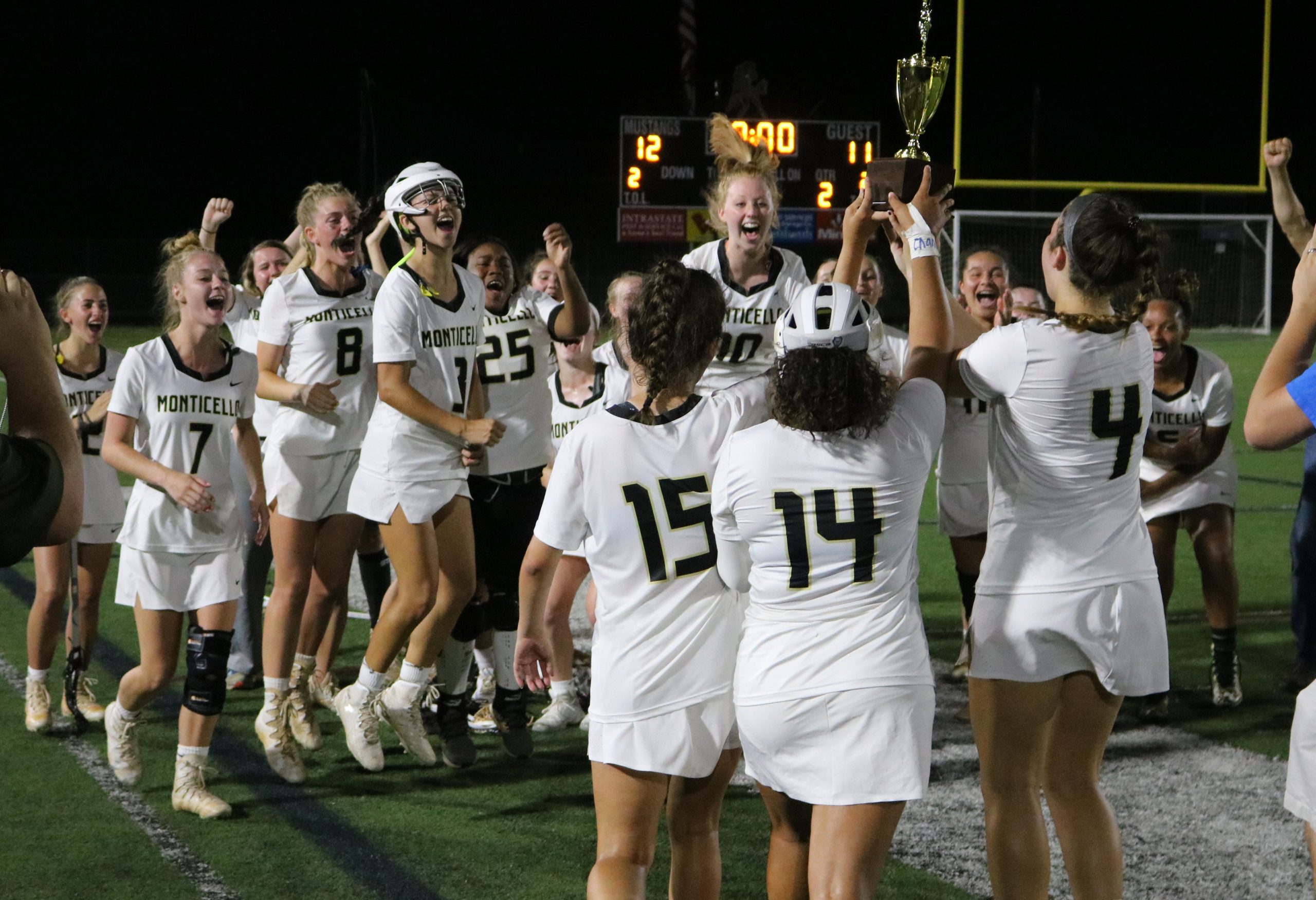 In the end though, that’s probably how it was always going to be. When you’re oriented around helping the team, helping the family you’ve forged on the field, you become the best kind of player that your team needs you to be.

When you start from the question of how can I help the team be successful, you usually end up somewhere pretty special. Smith has certainly arrived somewhere special.

“It has just been the best friends and family I’ve ever had,” Smith said. “I’m just so upset that I don’t get to finish what I started as a freshman. We just have so much love for each other.”

Smith may have missed out on final year and may have some unfinished business, but her job of making Monticello girls lacrosse better than when she arrived? She accomplished that in so many different ways.

Her skill set made her a force. Her heart? Sloan said that’s the true difference-maker for Smith

“That heart she carries makes her nearly untouchable in terms of an athlete and a teammate.” 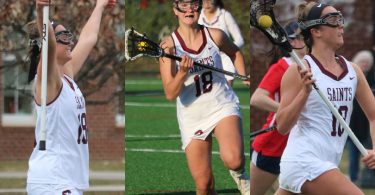