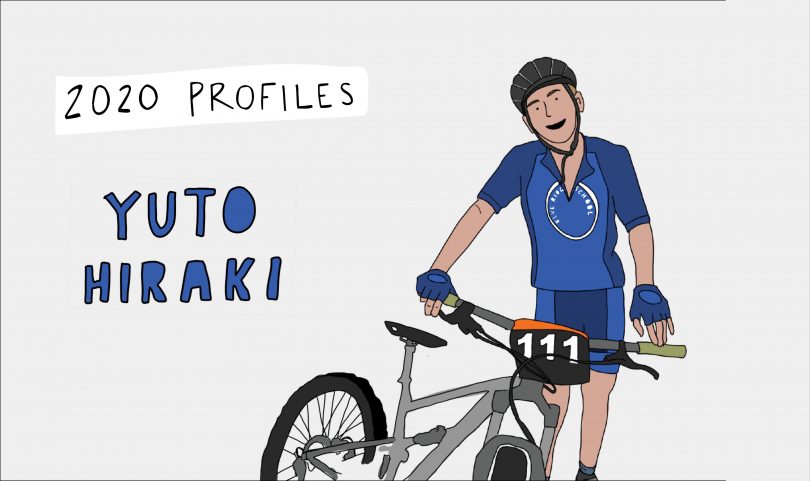 Yuto Hiraki never seems to miss a chance to help out. Even as a sophomore on his own introductory ride with other international students who’d arrived early at Blue Ridge, Hiraki jumped right in and made sure riders that were struggling just a touch more than he was were squared away.

“He immediately became a big brother to many,” said Blue Ridge outdoors director Tony Brown. “His English skills were much better as well, so the other guys looked to him for clarity on what was going on.”

That proved to be just part of Hiraki’s DNA as he joined the Barons’ mountain biking squad and rode for the next six seasons with Blue Ridge. Whenever one of his Blue Ridge mountain biking teammates was struggling — with an ascent, a trail or the bike itself — seemingly without fail, Hiraki had them covered.

“He’d quietly come up beside them or ride in the back with them to encourage them,” said Brown said. “He’s like having another adult on the team. No one asked him to do it and he’s already aware of the need and addressing it.”

Hiraki came to mountain biking in large part simply because Brown asked. Blue Ridge students are required to participate in a sport or activity each season, and Hiraki made riding a mountain bike look easy from the start. But the sport’s most basic challenges also spoke to him.

“When you go uphill, obviously it’s super hard because you have to pedal almost the entire time,” Hiraki said. “But when you go down then it’s fun to do it. That’s my mindset — if you are trying something super hard, then you will see some good results.” 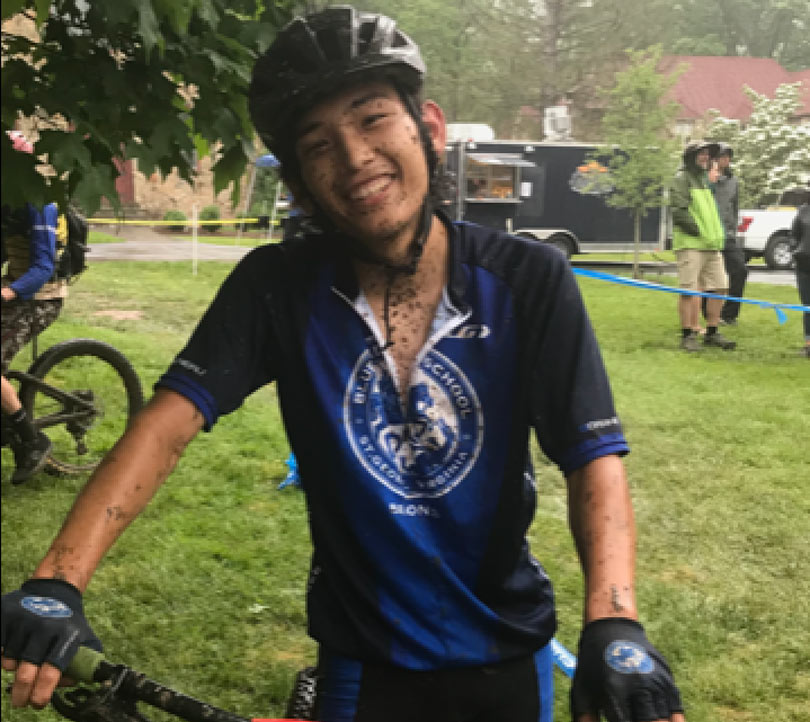 Hiraki has seen some strong results, steadily improving as a mountain biker during his three year career. He quickly picked up the skills to ride rock garden, tough portions of the trail that require technical savvy. Mountain bikers have to embrace a little pain and suffering, and Hiraki proved capable of handling that mental challenge. In the process, he became particularly adept at handling long rides.

While the COVID-19 cancellations wiped out the spring mountain biking season, Hiraki was already on the shelf with a broken leg suffered when he flipped off of a four-wheeler. That made getting back to Japan a touch more complicated in the wake of Blue Ridge’s cancellation because Hiraki couldn’t fly with his injury at first and then had to wait for a flight that would allow him to get back.

He eventually managed to get back to Japan where he completed his studies through Blue Ridge’s online program that leapt into action in the wake of the school’s temporary closing due to the pandemic. It cut short what had been a particularly special experience for Hiraki. While Brown noticed some natural leadership skills early on, Hiraki pointed to his time at Blue Ridge as a place where he developed as a leader, getting a chance to hone those natural inclinations. Part of what made that an environment conducive to that is the school’s boarding format.

“We’re all living on the same campus — when you have any problem you can go talk to friends or maybe a hall parent to solve anything you have,” Hiraki said. “I was a leader on the hall and that was a unique experience for me and it helped me build my leadership skills.”

Hiraki, who also won the school’s senior music award this year, proved to be a multi-talented, exceptional student in his time at Blue Ridge. Having it cut short made things challenging at the end, but Hiraki had already had a memorable tenure in St. George.

“He can throw a frisbee on a dime, play the guitar and sing “Imagine” by John Lennon in front of the whole school with confidence,” Brown said. “He sets a great example of pushing himself and (that translates to a belief) in others that they can do the same.”

When you never miss a chance to come to someone’s aid, that helps ensure that they find ways to accomplish those goals too. That’s how you make an impact.

It’s how you leave a legacy. 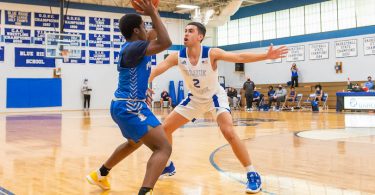 Blue Ridge only held a slight advantage over Peninsula Catholic at the half, but the Barons’...