St. Anne’s-Belfield coach John Blake had heard of something like what happened to his team Saturday. That’s all though, he’d just heard of it.

Few have since it’s a score more typical from games during the 1930s. But that’s exactly what the Saints ended up with Saturday, falling 3-0 to St. Christopher’s in Richmond on a 37-yard Jordan Chalkley field goal with two minutes and 30 seconds to play.

STAB struggled to move the ball with just 82 yards of total offense as both defenses played well — which almost goes without saying in a game with a 3-0 result — during the contest. The Saints’ defensive unit surrendered more yards — 222, but when it counted, STAB was up to the task.

“We gave up a bunch of yards,” Blake said. “But when we needed to, we bowed our backs.”

Right after the Chalkley field goal, Dylan Park put together a solid return and nearly broke the play for a touchdown, with the final player he had to beat hauling him down. The Saints took to the air after that and the game ended with a St. Chris interception.

Branford Rogers had 41 yards on 16 carries to lead the Saints’ offense. Freshman quarterback Jake Allen rushed for 15 yards and threw for 21 in the defensive struggle.

Giles Thompson threw for 153 yards on 16-for-30 passing for St. Christopher’s. The two teams were a combined 9 for 27 on third downs, though St. Chris did manage 13 first downs.

Trips to Richmond to clash with St. Chris and Collegiate haven’t been kind to STAB over the years, but they’ve never ended quite like Saturdays.

“This was the best we’ve played in Richmond,” Blake said. “We didn’t have that brain-dead 10 minutes (that’s sunk the Saints in the past). I looked at our staff afterwards and said ‘we lost 3-0 to a D-I team at their place. A team that’s probably going to make the playoffs.”

The Saints, a Division II unit, are notoriously slow starters and the squad’s 1-2 record just isn’t indicative of what kind of team STAB could and should become. Three straight road games are currently on the docket, starting with a trip next week to Flint Hill. 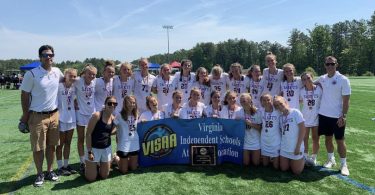 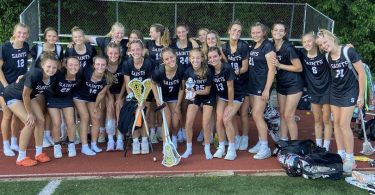