Cody Fulcher threw seven innings for the Hornets and struck out three. He didn’t allow a single base runner in the first three innings as Orange jumped out to a 4-0 lead.

Orange centerfielder Trevor Coleman had a monster game, going 3 for 4 with a double that plated Taylor Marrs and Logan Douglas in the fourth inning. Wyatt Ferguson went 2 for 3 at the plate for Orange.

Madison couldn’t climb out of the early 4-0 hole and sputtered at the plate, with six Mountaineers going hitless. Collin Shifflett went 2 for 3 on the night hitting in the No. 2 spot.

Orange (1-2) hits the road to take on Western Tuesday night at 6 p.m. while the Mountaineers will lock up with Clarke pm the road the same night at 5 p.m. 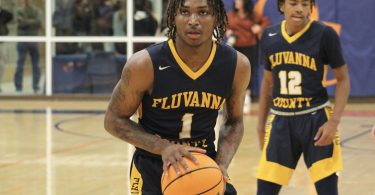