Madison Country struggled to a 2-3 record at the Ram Round Robin in Strasburg this weekend, but that team record didn’t prevent a bunch of individual Mountaineers from having big days.

Ethan O’Connell rolled to a 5-0 record with five pins for Madison, who faced some tough lineups, including Group AA Harrisonburg. The 130-pounder appears to be rounding into form and should be primed for a run at a state championship in the class after a runner-up finish in 2010.

Danny Camunas also went 5-0 with a two pins and a major decision among the wins. Anthony Jewett went unbeaten with three pins in his four actual matches—his fifth win came via forfeit against Parry-McCluer. Derek Nicholson went 3-2 with a pair of pins on the day.

Next week Madison is slated to wrestle with its Bull Run District opponents with a trip to Manasas Park. 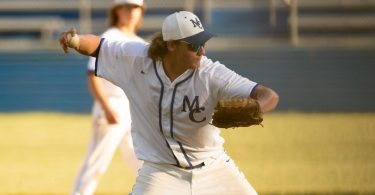