Louisa County’s softball team seems to get better every time the Lions hit the field. Friday night, the Lions, in a fourth battle with Powhatan, flexed their muscles with a 7-1 runaway victory over the Indians to wrap up the Jefferson District tournament crown.

The Lions, who hosted the tournament final as the high seed after plans to host the semifinals and finals at Charlottesville were scuttled, got an explosive effort from Brittany Wratchford, who went 4-for-4 at the plate with a pair of doubles. Wratchford knocked in four runs on the night and also relieved starter Brianna Cox in the final inning with a scoreless effort to close out the win.

Louisa scored four runs in the first two innings and Wratchford wasn’t the only hitter knocking runners in as the Lions pounded out 12 hits. Hali Goad and McKenzie Rider also notched an RBI each. Both Lions also scored two runs each. Goad went 3 for 4 on the night while Rider posted a 2-for-4 outing.

Brianna Cox threw six innings, settling in well after surrendering a run in the first inning. Cox limited the Indians to just four total hits on the night.

Louisa improves to 19-3 overall on the season. The Lions will host Liberty High School on Tuesday in the Region II quarterfinals at 6:30 p.m. 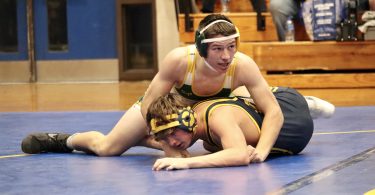 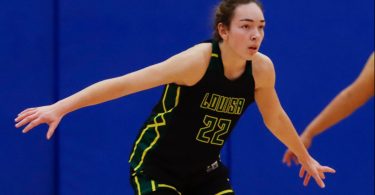