The Patriots got a chance to play a lot of players who don’t normally work into the rotation, with Keely Baker ringing up five aces and a team-high four kills. Alexus Anderson also had four kills on the night. Michaela Malboueuf and Lindsey Earles each had six digs a piece while Yu triggered the offense with 18 assists. Paige Hanssen chipped in a pair of blocks.

The Patriots (18-3, 11-0) are in complete control of the district with three games left on the schedule, starting with Monticello Thursday night in a Dig Pink match. 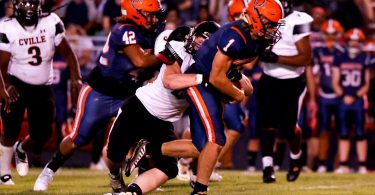