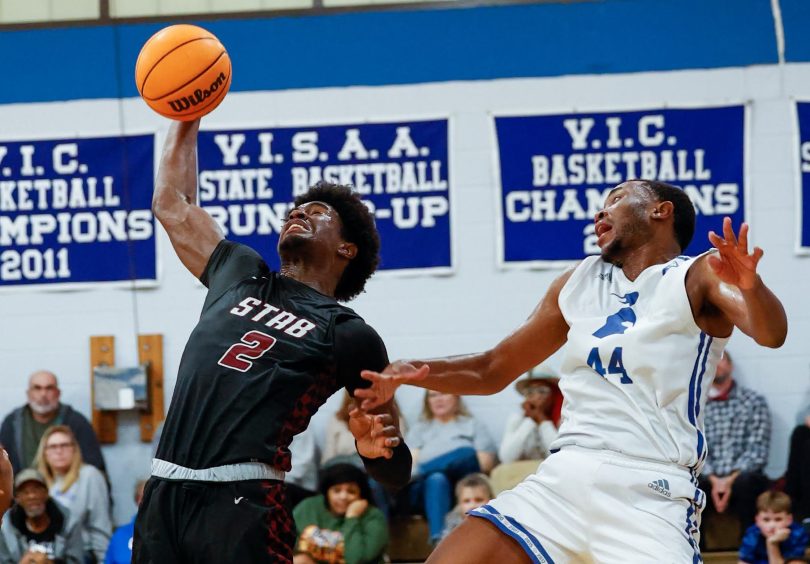 St. Anne’s Belfield’s boys basketball team’s offense is explosive by any standard, but if the team’s fifth-leading scorer is going to pour in 18, even a strong effort against the Saints isn’t going to be enough to stop the Saints.

That’s exactly what a vastly-improved rival Blue Ridge squad ran into Tuesday night as the Barons tried to avenge a December loss to the Saints. Desmond Roberts scored 18 points, doubling his usual output per game, and STAB prevailed 79-73 to complete a season sweep — barring a VISAA Division I tournament run-in — of the Barons.

Roberts’ explosive effort bolstered an impressive balanced offensive output as Chance Mallory and Carter Lang each notched 16 points, Austin Williford had 12 and Gabe D’Alessandro chipped in nine, going 3-for-4 from beyond the arc. John St. Germain had eight points and chipped in four assists in his return to the lineup after an injury earlier this month. Lang pulled down 13 rebounds to complete his 14th double double on the season in 19 games and Mallory had five steals for the Saints.

It was a much closer contest than STAB’s early December 76-48 blowout win over the Barons. This time, Blue Ridge showed the progress the Barons have made and fell just short of picking up the win. Colby White notched 17 points to lead the offensive effort while Shanon Simango put together a double double with 15 points and 10 boards. Kamren Martin went for 16 points, dished out four assists and hauled in seven rebounds while Cam Brewer had 14 points, three boards and three assists.

The Saints (16-3) host Trinity Episcopal Friday at 6 p.m. as they jump back into Prep League play. Blue Ridge will look to bounce back the same day with afternoon matchup against Hargrave. 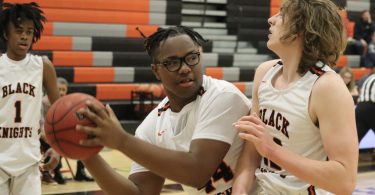