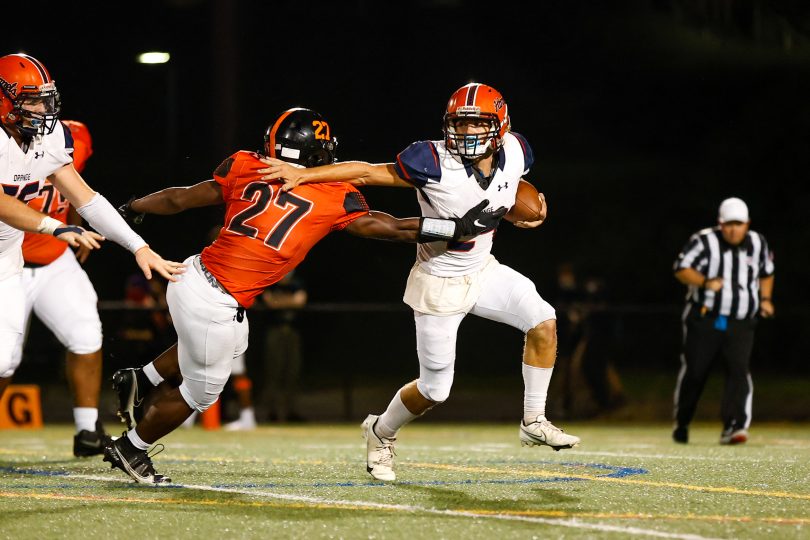 Ahead by just three points at the half, things just had not gone the way that Orange County wanted it to.

Defensively they’d been pushed around in large part on an 18-play drive by Charlottesville that seemed to eat hours off the clock.

On offense? A long touchdown drive that opened the game was the bright spot, but the physicality and explosiveness that has characterized the Hornets early this season wasn’t there.

It was there after the break.

“I’m dressing out some JV kids to give us numbers but we’ve got about 20 guys, 24 guys and the guys we’ve got are men,” said Orange coach Jesse Lohr. “They may be undersized but they’ve got heart and they fight for everything they’ve got.”

Orange reeled off 29 second half points to beat Charlottesville 39-7 and move to 3-0 for the first time since 2006.

“We started the game off really slow,” said Orange County’s Bryant Chiles. “So we all got together (at the half) and said we’re going to come out with as much energy as we could and pound it down their throat running the ball. It was trusting blocks and playing smart football.”

Poirier rushed for 160 yards and a score on 14 touches while also grabbing a critical interception that he high pointed with 3:57 to play in the third quarter. That leaping grab that Poirier returned 30 yards down to the Charlottesville 20 — with Orange still up just 10-7 — changed the complexion of the game.

Two plays after the pick, Bryant Chiles, who finished with 93 yards and two touchdowns on 10 carries broke free for a 15-yard touchdown and a 17-10 lead.

“He’s got a motor, the kid is built different and he wants to win at every cost no matter what the play is,” Lohr said. “Sometimes he gets in his own way but bottom line he fights tooth and nail on every play and I’m just glad to have him.” 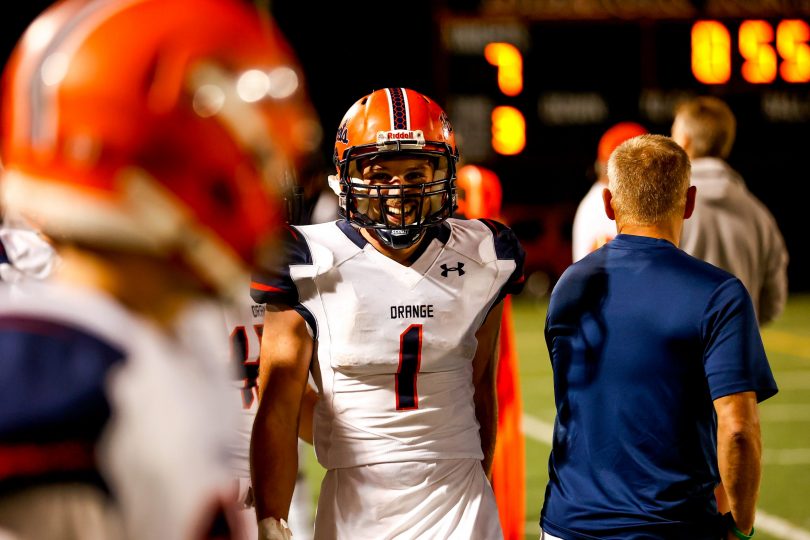 Charlottesville was in it with the Hornets until, quite suddenly, they weren’t. Even after Poirier’s pick, Charlottesville got a huge catch and run down the sideline from Nasir Lindsay and looked in position to cut the lead back to a single score.

But the drive stalled, Orange stopped the Black Knights on four downs and then everything snowballed for Charlottesville.

“I think we lost a little bit of focus — some things happened and we didn’t respond real well,” said Charlottesville coach Eric Sherry. “That’s everyone, that’s coaches too, it’s not just the kids.”

Four players later, the big chunk plays that hadn’t been there in the first half for Orange — thanks in part to some hard-nosed CHS defense — arrived. Poirier broke off a 72-yard touchdown run with 8:55 left to play. That fueled the defensive effort for Orange and Chiles had back-to-back big plays with a first down sack and then a tackle for a loss. That helped force a Charlottesville punt and Chiles immediately made them pay with a 56-yard sprint for a touchdown, a 31-7 lead with just 6:01 to play.

“After I won Falcon Club Player of the week the first week, he was like ‘I’ve got to win it next week’ we were just competing all night with each other,” Poirier said. “He’s just a special player, he works very hard in practice and you couldn’t ask for a better teammate.”

Poirier got banged up a little in the first half on his arm and that prompted the Hornets to concentrate on moving the ball on the ground. As a team they averaged 10.2 yards per carry while amassing 306 rushing yards, with the Hornets’ offensive line taking it to another level after the Poirier interception.

“They know everything and they don’t even — usually — have to be fussed at in practice, they’re just doing an amazing job,” Poirier said.

Sheldon Robinson chipped in with 29 yards rushing and 13 yards and a first half touchdown through the air while also grabbing an interception. It was a crucial performance with senior wideout and defensive back Will Lewis out of the lineup currently with an injury.

Taylor Gibson led the Orange defense with 9.5 total tackles, four of them solo stops. Jaheem Waters had six solo tackles and five total tackles for a loss as he wreaked some havoc in the CHS backfield.

For the Black Knights, it was a frustrating loss after an energizing victory over James Monroe last week. Nasir Lindsay played tough while piling up 118 yards of total offense. He provided some big chunk plays of his own including a 51-yard sprint to open the second half and the 32-yard catch and run shortly after Poirier’s pick. But the Black Knights came unraveled after stalling in the red zone for the second time in the aftermath of the interception and touchdown. 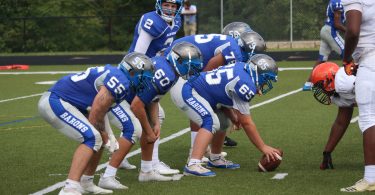 A tough week for local squads, but we’ve got the awards segment with Offensive players of the... 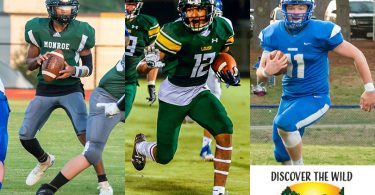