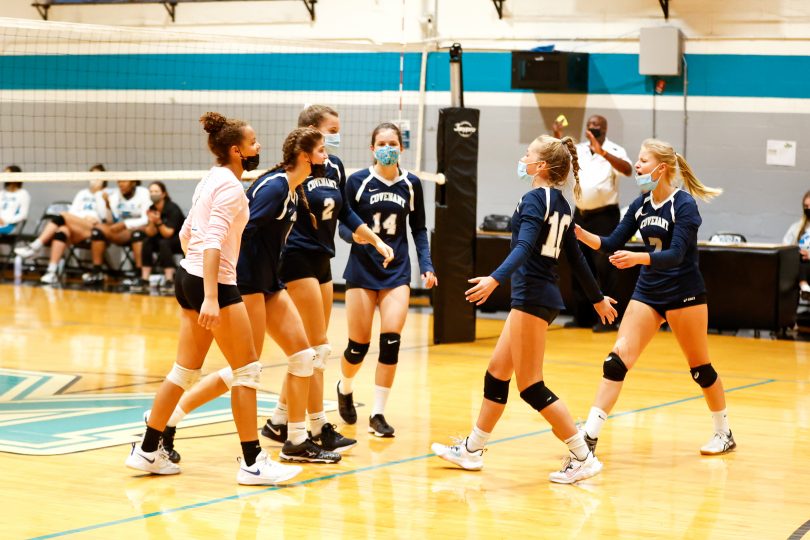 Covenant’s volleyball squad is packed with freshman, they don’t have any seniors and eighth graders are playing critical roles.

Not a problem, apparently.

“I’m so proud of the way that as freshmen we’ve been really trying to push ourselves,” said freshman setter London Constant. “Our hustle is really something that helps us keep up and keep going.”

The Eagles won their 10th-straight game Monday afternoon with a 3-0 sweep of Miller. The Eagles didn’t get off to their best start against the Mavericks, but it didn’t take them long to get into a groove.

“We started a little slow but I felt like once we found our rhythm and found our focus they started playing great volleyball,” said Covenant’s Bethany Davis. “We are stepping up our offensive game — we’re running a faster offense, we’re kind of moving the ball around more than other teams we see in our conference and it’s working for us.”

That more dynamic offense could pay huge dividends come state tournament time where the Eagles are in position for a high seed as they’re currently ranked No. 3 in the state in VISAA’s Division II. Cara Hamil is a big part of that offense and Monday she led the Eagles in kills with nine and aces with seven. Junior Katie Lowe, one of the few upper classmen on the roster, notched seven kills while eighth grader Kerrigan Poindexter chipped in three kills.

Despite their youth, the Eagles are benefiting from some well-established team chemistry as well, chemistry that has helped vault them to wins over STAB and Tandem locally in addition to their exploits outside the area.

“I think we’re all really close off the court and that helps us on the court,” said Cara Hamil. “We trust each other and trust is a big thing because we know who’s going to get it, we just click together.”

Against Miller, the defense was also rock solid with freshman Delaney Poindexter leading the way with eight digs and Hamil chipping in another six as part of her stat-sheet filling night. Constant finished with 21 assists and had five aces as well. Constant was quick to credit Poindexter’s work in particular to help her keep the offensive flow going.

“Our passing was really on tonight and we were just focused and ready to go,” Constant said.

The 10-1 Eagles will take on Virginia Episcopal on the road Wednesday night while Miller, who falls to 2-5 on the year, hosts Blue Ridge Christian the same night. 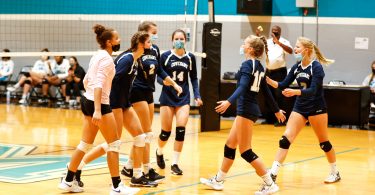 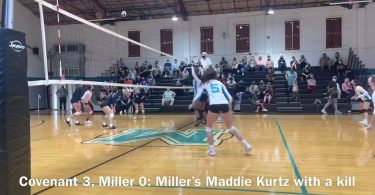