The Hornets are now 11-0 on the year with a clash on the road against Monticello Wednesday night to wrap up the regular season.

Orange jumped on Fluvanna early with a four-run first inning, then tacked on another esix runs in the third inning. With the offense clipping along, freshman Hannah Hearl had a big night in the circle to make it stand up, striking out 11 of the 18 batters she faced, scattering four hits without giving up a single walk.

Offensively, Reese Rogers and Haley Martin had big nights, leading a pack of five Hornets that went 2-for-3 on the night. Rogers had a double and stole a base while Martin knocked in two runs and stole one. Ja’Chelle Mosley, Maci Fayard and Hearl each also went 2-for-3 with Mosley and Fayard each scoring twice while Fayard and Hearl each had one RBI. Fayard hit a double.

Fluvanna scratched out four hits, highlighted by a Calista Marsh double, but could get on the scoreboard. 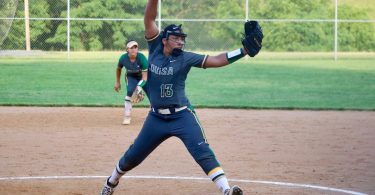