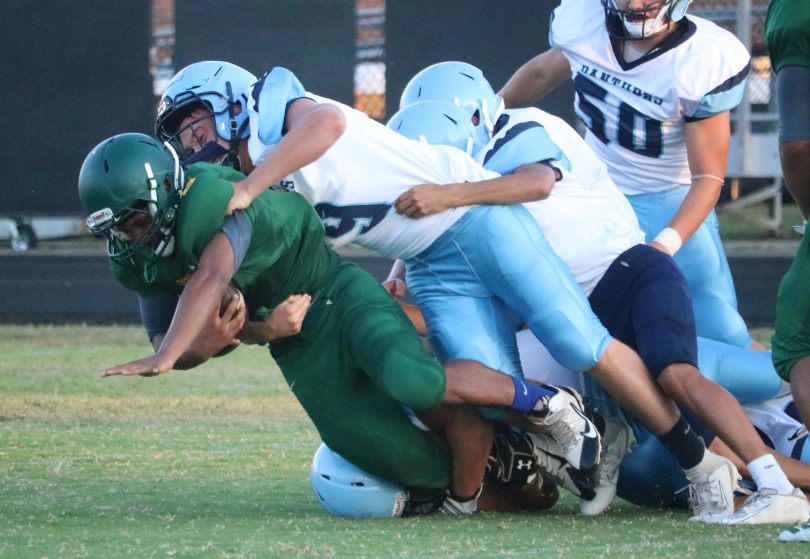 It’s always hard to overcome a string of mistakes in football. When you can’t seem to slow down a team’s bread and butter ground attack that makes overcoming those mistakes that much harder.

Nelson County learned that lesson this year in a 46-14 loss to Page County in the Governors’ home opener.

“One of the biggest things for us is being a consistent football team,” said Nelson coach Matt Hicks. “We’ve got to figure out how to sustain positive plays offensively and defensively.”

The backbreaker in the loss came on the opening kickoff of the second half. Page County’s Mikey Cash knew if he just waited, it would open up.

“I was just being patient — I’ve got faith in my blockers,” Cash said. “I saw a wedge, I took the hole and just ran.”

When his patience paid off, Cash blasted down the right side of the Page County kick return formation and raced in for a touchdown to open the second half. The kick return snuffed out any thought of a Nelson County rally.

“It took any life they might have had from them right there,” said Page coach Joey Soltis.

As if Page’s wishbone hadn’t done enough already to take the life out of the Governors. Nelson, who was flying high after a blowout win over Randolph-Henry a week ago, struggled to stop Page’s ground attack from the opening kick. The Panthers went to work on the heart of the Nelson defense, unleashing sophomore Blake Turpen between the tackles as he piled up 250 yards and three touchdowns on just 19 touches.

“We started pushing down the field pretty quick, my linemen were doing a good job blocking and we were getting open looks and scoring,” Turpen said. “They’re putting in work in practice and it’s easy for them to get those blocks executed and get us scoring more.”

Turpen put the Panthers on the board on Page’s first drive that followed a Nelson fumble on the game’s opening possession, sprinting in from 44 yards out to make it 7-0 Panthers. He really went to work though on the second possession, when he ripped off carries of 12, 15, 31, 15 and 8 yards on five straight touches as the Panthers marched 83 yards for a score, with Trey Knight capping the drive on a nine-yard run with 2:38 left in the first. Just like that, Page was up 14-0.

Nelson couldn’t find the same rhythm it had a week ago against Randolph-Henry, suffering through mistakes and a rash of cramping that seemed to spread quickly throughout Nelson’s skill position players including Felix Rodriguez, who’d had a big week on the ground last week in the opener.

Nelson did manage to move the ball, with George Brown throwing for 183 yards and two touchdowns on 15-for-32 passing. Much of that went to Brice Wilson and Jamel Rose, with Wilson catching four passes for 77 yards and a score and Rose had 68 yards on four catches. Felix Rodriguez rushed for 76 yards, with the bulk of that total coming on a 42-yard sprint late in the second half.

Despite that productivity, the Governors stalled in the redzone at key moments in the second half and couldn’t put together a rally.

“We have fantastic young men playing for us, we’ve just got to figure out how to sustain it all the way through,” Hicks said.

The Governors will try and get back on track next week on the road against Fluvanna County. 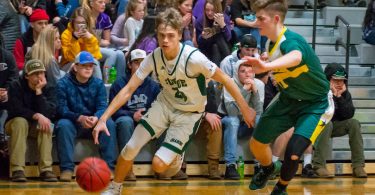 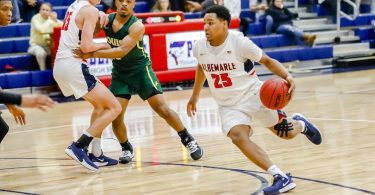