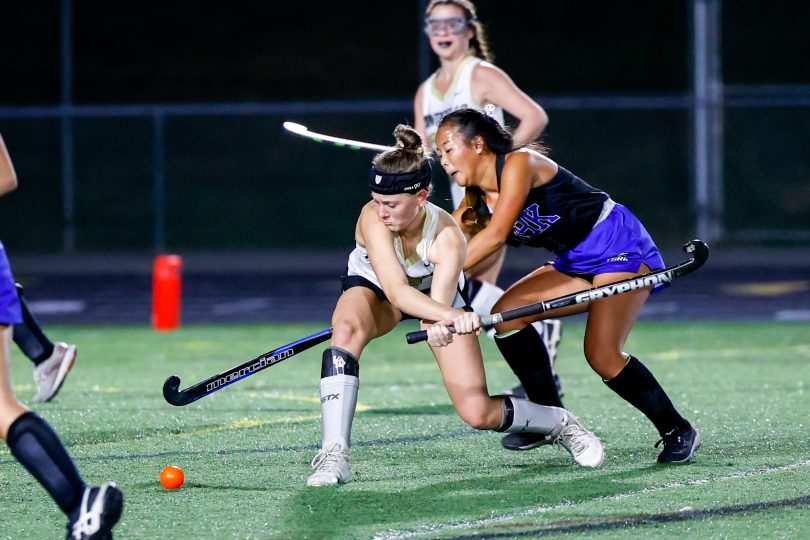 If you’re looking for a goalie who cares about her defense and is passionate about what they’re doing in front of them, look no further than Monticello field hockey sophomore Ava Barnes.

“We communicate with each other and we have that trust and that bond with each other,” Barnes said. “(It’s about) being relentless and just not letting the goal go in and being so passionate about it and just saying ‘NO.’ I think at one point I just screamed No and I saved it.”

That communication, bond and relentless approach paid off in a big way for the Mustangs Tuesday night. Barnes and company pitched their ninth shutout of the season in a 1-0 victory in the Class 1-3 state quarterfinals over York. The win vaults the Mustangs into the state final four for just the second time in program history and for the first time since 2005, 16 years ago.

“It’s a huge deal for us — our team has worked so hard this season and I feel like we all really deserve it,” said Monticello’s Kendall Gibson. “It’s a really big deal for our team.”

The Mustangs got the difference-making goal with 6:30 left in the second quarter, when Reese Murray drove hard down the right side before making a hard cross toward Haedyn Barnes.

“I tried to draw the defender out and I saw Haedyn so I went all the way to the sideline and hit it up so Haedyn could just pull around the defender and shoot the ball in,” Murray said.

Haedyn Barnes, who was set up perfectly right in front of the cage, finished the cross off with a hard shot and the goal. The Mustangs don’t create a ton of chances on offense, which means that when they do create a chance off a counter, they’ve got to be ready to take advantage.

“Reese is amazing — she’s super fast and that helps,” Barnes said. “She just passed it up to me and I was just ready for it and tipped it in. You have to be able to get up in front of (the defense) and take advantage of the goalie coming out.”

From there, the Mustangs’ defense took over, withstanding a series of short corners and well-orchestrated chances by York with Kate Green, Molly Davis and Amelia Lewis playing a big role on the back line. A particularly challenging stretch came with about 10 minutes to play where off a short corner, Ava Barnes made a diving stop to her right and then a few seconds later saw a ball that slipped past her bang off the right frame of the goal.

“Ava is so good, she’s so confident,” Murray said. “She helps win us every single game.”

The keeper’s efforts seemed to force York to take to the air more with their shots, trying to attack high after Barnes had erased several good opportunities on the ground. Those shots mostly skyed over the crossbar, but Barnes was leaping and sprinting to try and make stops on those as well.

“She’s doing great, she really saves the team and if we didn’t have her I don’t know where we would be,” Haedyn Barnes said.

The defense survived a harrowing stretch and one of a few sequences where York came close to the equalizer and it required some serious intensity and focus from that defensive group.

“We have to all be on top of the ball and we have to all trust that we’re all going to get it,” Ava Barnes said. “We just have to try and get the ball out of there.”

The Mustangs kept fighting down the stretch. Several times, Kendall Gibson carried the ball deep into York’s territory down the left side and in those instances, Monticello was able to neutralize the threat and then create the occasional chance in the second half to keep the pressure on York.

“I think it showed us how much we’ve grown as a team — we work together well and we’re able to defend when it matters,” Murray said

Thanks to that relentless defensive effort, the single goal from Murray to Barnes stood up and vaulted Monticello into the state final four where they’ll face Tabb, currently unbeaten at 20-0. The final four match is slated for 9:30 a.m. Friday morning at Massaponax High. 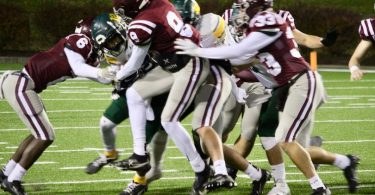 To pull a playoff upset on the road, you need to win the turnover battle and control the line of...