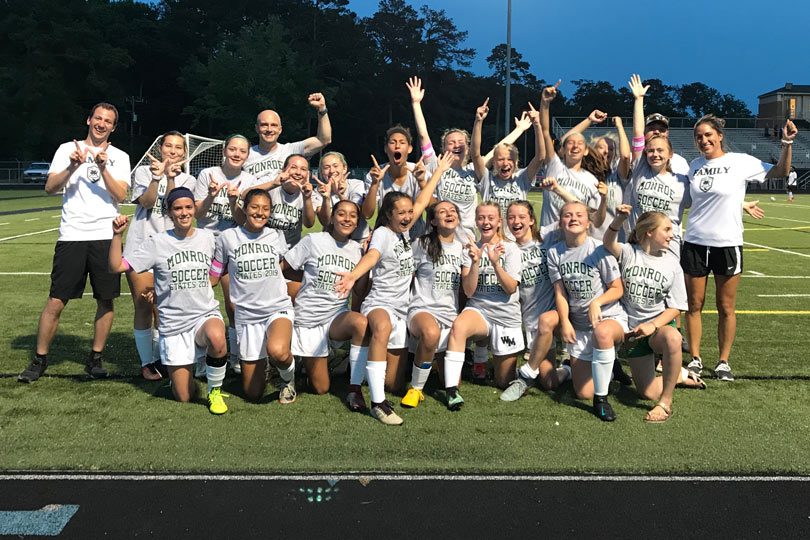 William Monroe girls soccer’s players didn’t seem to be sweating the overtime situation they found themselves in Tuesday night far from home while facing Tabb in the Class 3 state quarterfinals.

“It was shocking to me, I was more nervous than they were,” said William Monroe coach Jeremy Lamm. “We’re no stranger to overtime games but we haven’t lost one — two ties and a win. You’re like, is this going to be the one that bites us? That was my innermost thoughts. But they never let on.”

Senior Molly Earle certainly didn’t, even after enduring four overtime periods and five indecisive PKs. In the eighth round, Earle stepped in and slotted in the PK for the Dragons. Tabb missed against keeper Alex Sharff on the ensuing chance and William Monroe was quite suddenly vaulted into the Class 3 state final four with a 2-1 (7-6 PKs) victory, the program’s first-ever state tournament victory in its first-ever state tournament game.

“They showed some grit all year and tonight on top of that the mental toughness tonight was insane,” Lamm said.

The Dragons drew first blood early in the second half, when star sophomore Sydney Dombrovskis notched a goal with 39:25 to play, scoring right out of the gate.

“She had another one of her beautiful finishes where you think she had nowhere to go and then she splits four defenders and puts it in the back of the net,” Lamm said.

Tabb equalized with 20:48 to play, a goal that eventually forced overtime and after a scoreless 20 minutes including 10 minutes of Golden Goal, a shootout. With Sharff, a freshman, in net, Monroe could’ve panicked, but the ninth-grader has cultivated a lot of confidence in her among teammates and coaches with a relentless work ethic.

“It’s sheer will,” Lamm said. “She’s one of those girls who plays volleyball, runs five miles a day. She’s a machine. I asked her the other day if she was a Terminator and what model she was. She’s got a determination about her.”

She needed all of that in the shootout and came up with one stop during the round of five that kept Monroe alive, then another to win it after Earle did her part. Earle had been crushing it in practice on PKs according to Lamm, prompting him to send her up.

“She went up and she buried it,” Lamm said.

It was a startling collection of skill and determination that helped Monroe knock off the Region A champions on the road, but it helped that they had a little luck. With so many overtimes and PKs, there were a lot of coin tosses and senior Stacey Calderon-Castillo went 5-for-5 on those tosses, calling them correctly each and every time.

It’s a small thing, but on a night where essentially everything needed to go right for the Dragons, it was proof that just about everything did.

William Monroe girls soccer senior Molly Earle talks about the Dragons’ win in PKs over Tabb in the state quarterfinals in First Off the Field presented by @PT_acac pic.twitter.com/o7u2MIdPgy 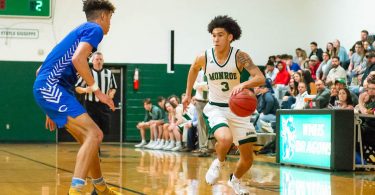