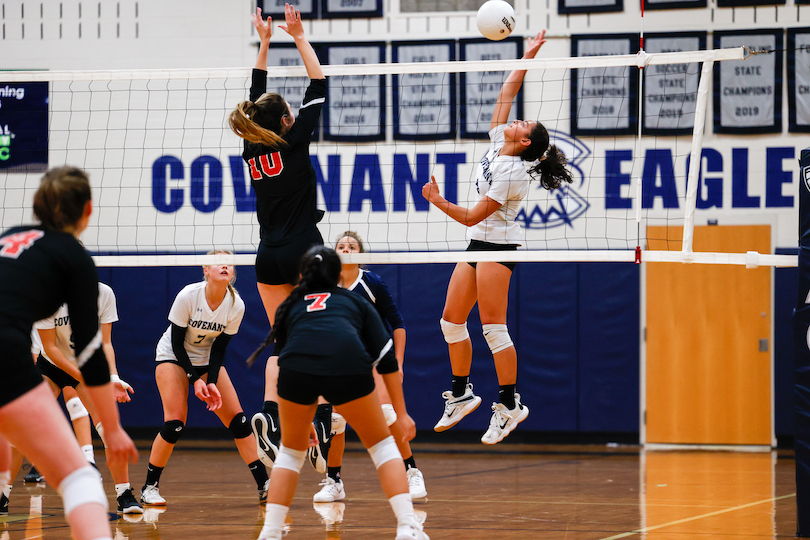 It’s clear that a volleyball team is having a really good night when the squad’s setter can just unleash a monster stuff block at the net and Covenant was definitely having that sort of night on Tuesday in the state quarterfinals.

“I don’t usually block very often but I saw where her arm was so I moved to lineup and I really want that block, I really wanted to get us to semis,” said Covenant freshman setter London Constant.

Constant leapt, met the Isle of Wight hitter’s attack at the top of the net and sent it back down on the other side in game three of the Eagles’ state quarterfinal match to push Covenant’s lead to 17-2 and help secure a 3-0 sweep for Covenant and a trip to the state final four for the first time since 2008 when the Eagles finished as the state runner-up.

The Eagles rolled in this one, beating Isle of Wight 25-14, 25-11, 25-10. Covenant (18-1) made short work of Isle of Wight in part because of a couple of long service runs by Peyton Garber including one that kicked off the decisive third game and put the Eagles up 10-0.

“Coach Bethany (Davis) always tells us to make sure you search for gaps on the floor and she’s taught us really well how to make sure you’re aiming in the right places,” Garber said.

Garber finished with two aces on the night.

With Isle of Wight committing a lot of unforced errors, Covenant didn’t pile up the stats but they did more than enough to get the job done. Delaney Poindexter led the way defensively with 13 digs while Cara Hamil had 11 and Garber chipped in nine. Up front, Katie Lowe led the Eagles with seven kills while Kerrigan Poindexter had six and sophomore Annelise Seiler had four.

Constant kept the offense clicking with 18 assists on the night.

The win kept an incredible season rolling for the Eagles who won both the Blue Ridge Conference regular season and tournament championships and haven’t lost since dropping their season opener on August 31.

“We’re such a young team and we’re doing amazing — we have such a great attitude on the court and we’re very positive,” Garber said. “We work very well together.”

The win pushes Covenant into the state semifinals where they’ll face Peninsula Catholic at 4 p.m. in Richmond Friday afternoon. 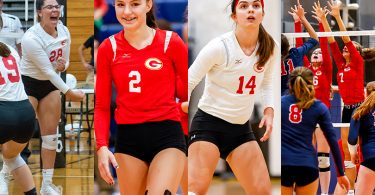 There’s no reason to mince words about it now that Goochland volleyball is in the Jefferson... 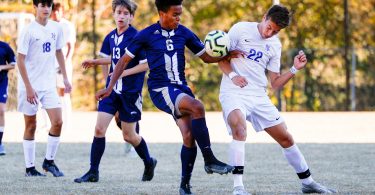 Covenant boys soccer was fighting. But when you’re down two goals with just 20 minutes to play in a...