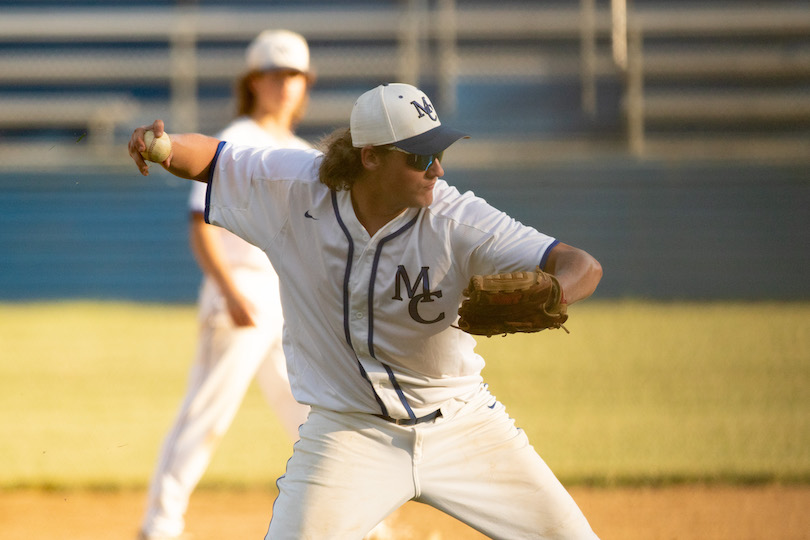 Madison County baseball doesn’t have many losses this year to even avenge, but they got an opportunity Monday night to avenge one of those few and took advantage.

The Mountaineers beat Clarke County 7-6 Tuesday in the Region 2B quarterfinals, avenging a one-run loss back in late April while also putting themselves a win away from a state tournament berth.

Madison (15-6) will host the Region 2B semifinals Wednesday against Stuarts Draft at 6:30 p.m. for a spot in the Class 2 state tournament.

Kody Dobyns lifted the Mountaineers to the win with a two-RBI double in the bottom of the fifth with two outs that capped a four-run inning by Madison who trailed 6-3 going into that frame. Trey Deane got the rally started with a sac fly to centerfield to score William Dickey who’d reached on a hit by pitch that Luke Ford followed up by drawing a walk.

Corey Helmick then singled to load the bases, and Deane hit the sac fly. Justin Jarvis then stepped to the plate and singled on a line drive to center, scoring Ford from second while Jarvis advanced on the throw, putting a pair of runners in scoring position for Dobyns.

Dobyns cashed in with the double and Deane threw one more inning — retiring the side by inducing a pair of ground outs and a pop fly to center — before Dobyns himself finished off the win. Dobyns took the mound in the seventh and struck out the side, keeping the Mountaineers’ season alive.

Helmick finished the game 3-for-4 with a pair of runs scored while Dobyns went 2-for-3 with the two RBI. Madison cashed in on a series of four errors by Clarke, taking a 3-1 lead in the second when Dobyns scored on an error. Ford scored on a wild pitch and Helmick scored in an error-driven sequence in the first.

Deane struck out six in his six innings of work and surrendered five earned runs, but battled throughout and delivered with that huge sixth inning before giving way to Dobyns.

Quenton Slusher weint 3-for-3 for Clarke with a double.