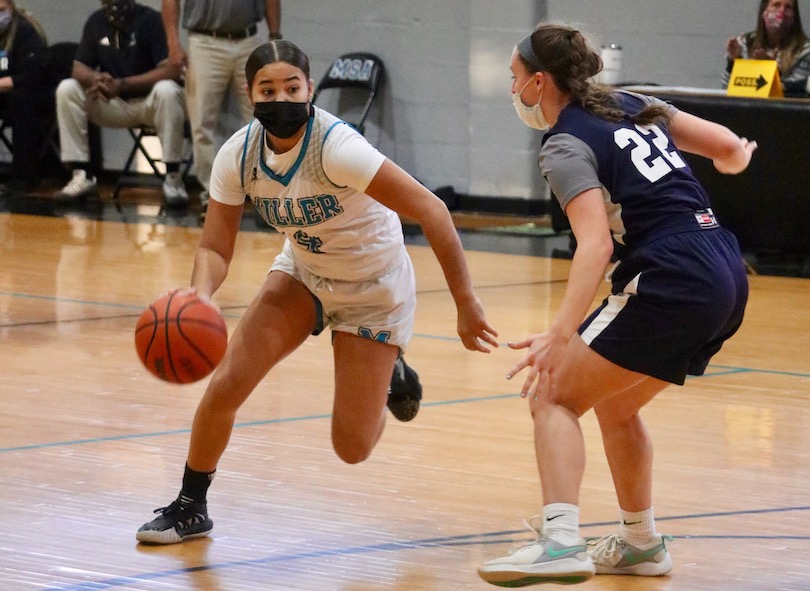 Miller’s girls basketball team is starting to figure it out.

“It’s starting to come together — at the beginning we thought we were going to be a little shaky,” said Miller’s Presleigh Braxton. “Our eighth graders are really working and they’re really good pieces to our puzzle.”

With a strong defensive effort, the Mavericks beat New Covenant 50-30 in a state tournament tune-up Friday afternoon, shutting down the Gryphons while Braxton essentially took care of the rest on offense with 29 points.

Braxton has scored 27 or more points in all four of Miller’s games in their short season, taking on the bulk of the scoring load with a re-shuffling of the Mavericks’ roster.

“Presleigh has done a good job putting the ball in the bucket and running the team for the most part,” said Miller coach James Braxton. “But we do have some young folks that are learning on the fly, Lilly Pallante and Naomi Ryan, and they’re doing a good job. They’re finally figuring out the final pieces to the game and that’s what we need to do. It’s coming, slowly but surely.”

That group of young players though is why the defense is starting to really click, bouncing back from a season opening loss to reel off three straight victories. Ryan and Pallante, a pair of eighth graders, are really getting locked in on the defensive end, scrapping and fighting for loose balls. With seniors Jahnai Elder and Kennedy Johnson as well as sophomore Lily May Holland, it’s apparent that Miller has a lot of the right pieces playing the right way right now to handle the grind of next week’s state tournament.

The Mavericks used an early first quarter pop sparked by four points from Johnson to build a 15-5 lead going into the second and while the offense slowed down in the second quarter with Johnson and Braxton managing foul trouble, the defense stayed locked in, holding New Covenant to just six points in the second quarter. Miller didn’t truly finish off New Covenant until the fourth though when Ella Smith buried a couple of threes to complement Braxton’s explosive effort and seal the victory. Pallante chipped in five points including a three in the fourth.

The Mavericks will face Veritas in the opening round of the VISAA Invitational on Tuesday. 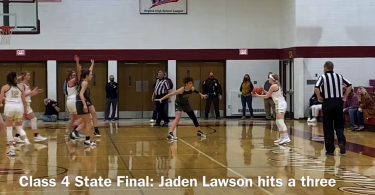 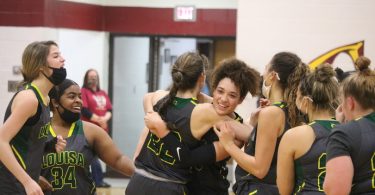