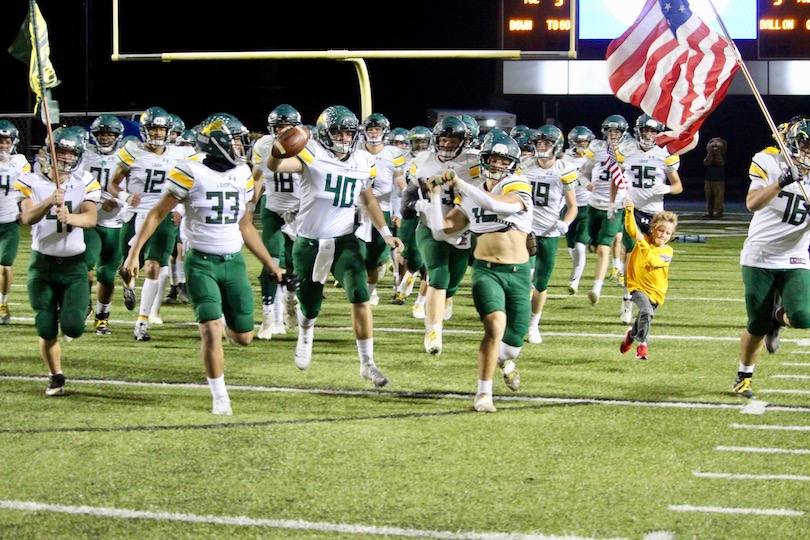 On a night where Landon Wilson and Louisa County didn’t make many mistakes, there was an early one, where Wilson carried the ball inside the five and fumbled it into the endzone, where offensive lineman Gabe Thomas covered it up to secure the touchdown and a lead the Lions never relinquished.

“I’m kind of upset I fumbled but a lineman scored?,” Wilson said. “He’s going to remember that for the rest of his life, he’s going to be talking about it all day.”

Thomas is far from the only one who’ll be talking about this one for a while. The Lions put together one of the most memorable football road playoff victories in recent memory, beating E.C. Glass 35-14 in Lynchburg in the Region 4D quarterfinals with a fantastic performance by Wilson and a suffocating defensive effort.

Wilson was a powerhouse for the Lions, rushing for 268 yards and three touchdowns (while doing most of the work on Thomas’ score) while carrying the ball 31 times. His feel for the offense and what Glass was doing defensively was just completely dialed in.

“Late in the game it was third and six and I called a play and he was like ‘coach I think this is better’ and I said ‘get me the first’ and he got me the first, he got me nine,” Patrick said. “He’s just a gamer, a football player, I love that kid to death.”

Wilson ran patiently and did the vast majority of his work behind guard Eli Brooks. Repeatedly he burst through into the second level after picking his way through a hole in between the guards, rarely bouncing the ball outside, opting instead to run north and south for huge chunks of yardage with touchdowns from 18 and 52 yards out before a late plunge for his third touchdown. It was clear Patrick knew where he wanted to go from the outset and when Wilson proved up for the challenge, Patrick stayed with the hot hand, though Jordan Smith also had a big-time performance with 14 carries for 94 yards as Louisa rushed for 398 yards on the night as a team.

“I love that he knows he can trust me, it means a lot to me and for my linemen to come out here, they played a heck of game,” Wilson said.

Wilson also had an interception late in the fourth quarter that helped secure the win.

“It was awesome — as a junior putting the team on your shoulders and having a great running game, that’s just insane leadership right there,” said Louisa senior Stephen Dean.

Dean came up with a huge play out of the gate in the first half when he blocked a punt that Jaylen Beach recovered, leading shortly thereafter to Wilson’s 52-yard sprint that extended the Louisa lead to 21-7. Dean then also provided the final nail in the coffin himself with a pick six that put the Lions up 35-14 with seven minutes to play that put to bed any hopes of a comeback by the Hilltoppers.

It was a perfectly played ball by Dean where he did all the little things right and was rewarded with the pick six where he raced into the endzone untouched.

“They came out in that formation and it was heavy run so I guess they tried to switch things up and as soon as I realized it was a pass I tried to get width and I saw someone leak out and I tried to jump that,” Dean said. “Once I jumped that it was just easy from there, it was a wide lane.”

That was how things went all night for the Lions’ defense — they just seemed to do all the little things right while putting the clamps on a dynamic offense that came into the game averaging 41.1 points per game. Louisa held Glass to 232 yards of total offense and 14 points and made life particularly tough on third and fourth down where the Hilltoppers managed to go just 5-for-14 with Louisa making three stops on fourth.

“Our defense, we had a good gameplan and they’re so dynamic so you have to be able to stop their passing game and they have some fast running backs but the energy on this team is just different,” Patrick said.

It was a stylistic clash from the beginning, with a 12-play drive by the Lions opening the game and ending with Thomas’ touchdown and a 7-0 lead before Glass quickly raced downfield by airing it out with junior quarterback George White spraying the ball. Louisa’s defense stiffened in the redzone and provided the first of those three fourth down stops when Brooks came flying out of the box to lay a huge hit on an attempted bubble screen, setting the tone in a big way.

The other critical stop came late in the third with Glass gaining momentum from an interception near midfield just three plays after scoring a touchdown to pull within seven. The Lions’ defense rose to the occasion, forcing a four and out capped by Nathan Gramling flying up to make a stop on fourth.

With the win, the Lions will now face the winner of No. 1 Salem and No. 8 Amherst’s clash. You can expect that the Lions will be up for the challenge too if they get a shot at the top-seeed Spartans on the road.

“They don’t have the most talent (of any team he’s coached) but they have the most heart of any team I’ve ever coached,” Patrick said. “We’re supposed to come out here and get blown out by 28 and we win by 21, I’m the proudest coach in the world right now.” 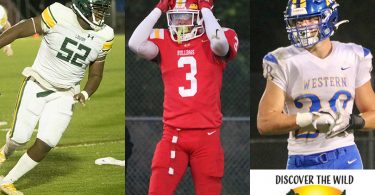 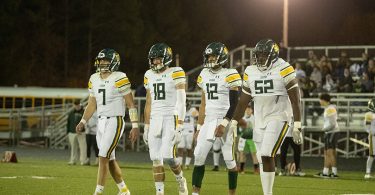