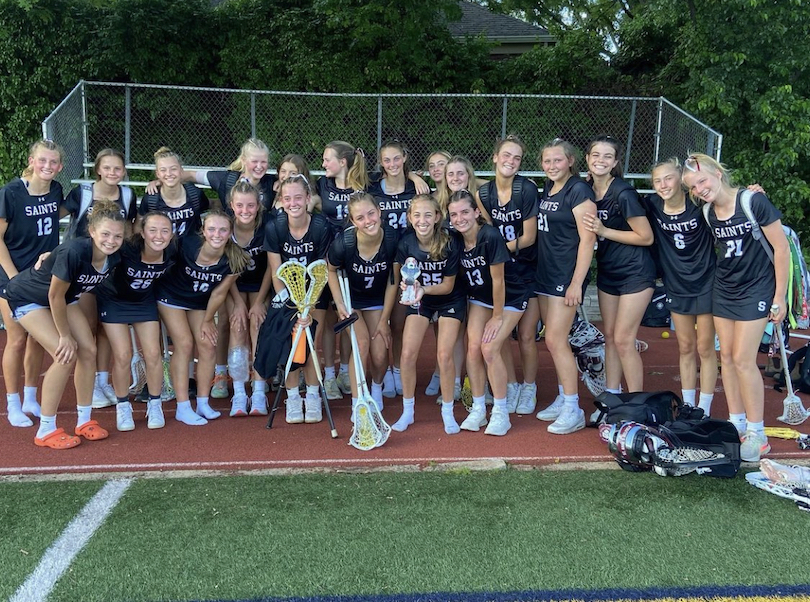 Maybe it was a strong outing in the state semifinals a year ago that built confidence. Maybe it was their growth throughout the offseason and this year. Maybe their time has just arrived.

Whatever it was, St. Anne’s-Belfield girls lacrosse picked up a signature win Thursday night and opened the door for something even more special on Saturday.

STAB went on the road and beat Bishop Ireton 11-7 Thursday in the VISAA D1 state quarterfinals, earning a spot in the VISAA Division I title game for the first time since the Saints moved up to the division back in 2013.

The Saints are now in the state title game for the first time since they won a Division II championship back in 2011, and they’ll face the No. 4-seeded Paul VI squad that upset No. 1 St. Stephen’s & St. Agnes.

“I’m very proud of this team, they have fully bought in,” said STAB coach Carrington King. “Today was a battle against a great opponent.”

A great opponent that has ended a few seasons for the Saints over the last decade as one of Division I’s two major bluebloods, Bishop Ireton is almost always one of the top two seeds in the state tournament.

STAB’s young, talented roster was unfazed by the challenge or the history of the matchup with Bishop Ireton, and the Saints’ got five goals from Martha Oakey and another four from Addi Foster to secure the win. What’s particularly impressive is that in back-to-back games, the Saints have figured out two totally different ways to win.

In the semifinals, Collegiate locked off Oakey and Foster for the most part so the rest of the roster just went to work and made them pay. Thursday, Ireton played the Saints more straight up and paid the price with two of the teams’ young stars putting together big afternoons. That kind of depth and offensive versatility makes game planning for an opponent tough.

Lellie King and Lee Kestner scored the Saints’ other two goals to round out the offensive effort.

The Saints will face Paul VI Saturday at noon at Glover Park. 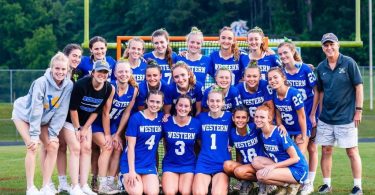 Western Albemarle girls lacrosse has so many different dynamic threats. Even if an opposing...