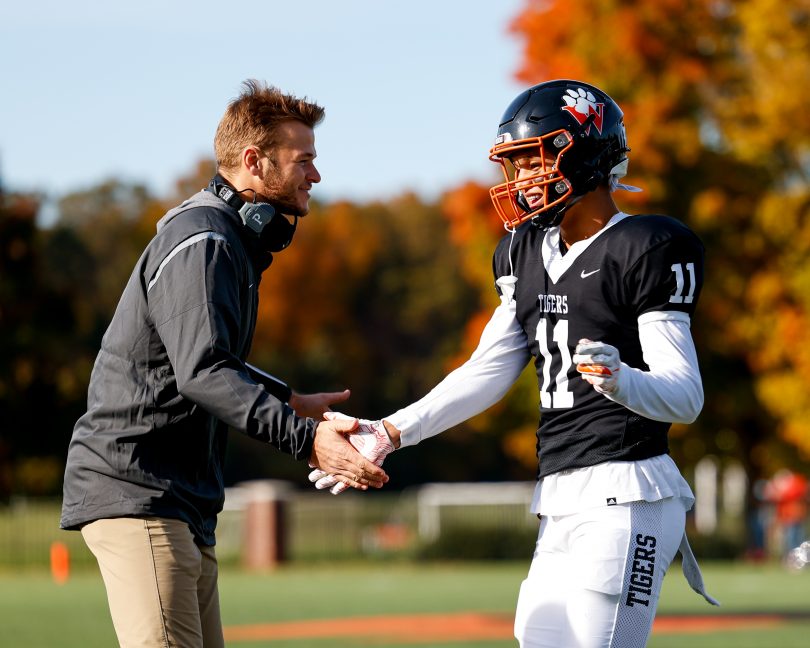 There were a lot of different, seemingly unrelated threads that pulled on former University of Virginia center Jackson Matteo to lay the groundwork for him to arrive at Woodberry Forest last fall as the Tigers’ offensive line coach.

He heard about boarding school life from his former Virginia teammate Canaan Severin who attended Worcester Academy in Massachusetts and went on to play in the NFL.

Then as a graduate assistant with the Cavaliers under Bronco Mendenhall, he heard from former Woodberry stars Terrell Jana, Lindell Stone and John Kirven about what a special role Woodberry played in their development.

Then there was his connection to fellow UVa alum Matt Blundin, now the athletic director for the Tigers who helped Matteo find a way to marry his other chief pursuit in life, education – Matteo holds a master’s degree and is a doctoral candidate in UVa’s School of Education — with his work on the field for Woodberry as a mentor and counselor in the school’s academic development center.

But all those roads eventually landed Matteo right at Woodberry, and now after a year as an assistant he’ll get a chance to make even more of a mark as the Tigers’ next head football coach, replacing Scott Braswell who retired early in December. Matteo met with the team Wednesday morning and headmaster Byron Hulsey distributed a letter to the Woodberry community shortly thereafter.

“I’m really excited and I’m really lucky that I don’t have to go into this alone, the leadership here is totally in alignment with what I want to do as a head coach.,” Matteo said. “I’m fiercely passionate about where we can take this program and how we can help these young men in the sport.”

That leadership team of Blundin in the athletic director’s office and Byron Hulsey in the headmaster’s office is obviously a big part of Matteo’s confidence in taking on the role.

“I really do feel like I’m prepared to take on the challenges, not to mention that Scott has been an incredible help getting me here and helping me with that transition of power,” Matteo said of Braswell who went 18-18 in five seasons and helped Woodberry navigate the COVID-19 year in 2020-2021. 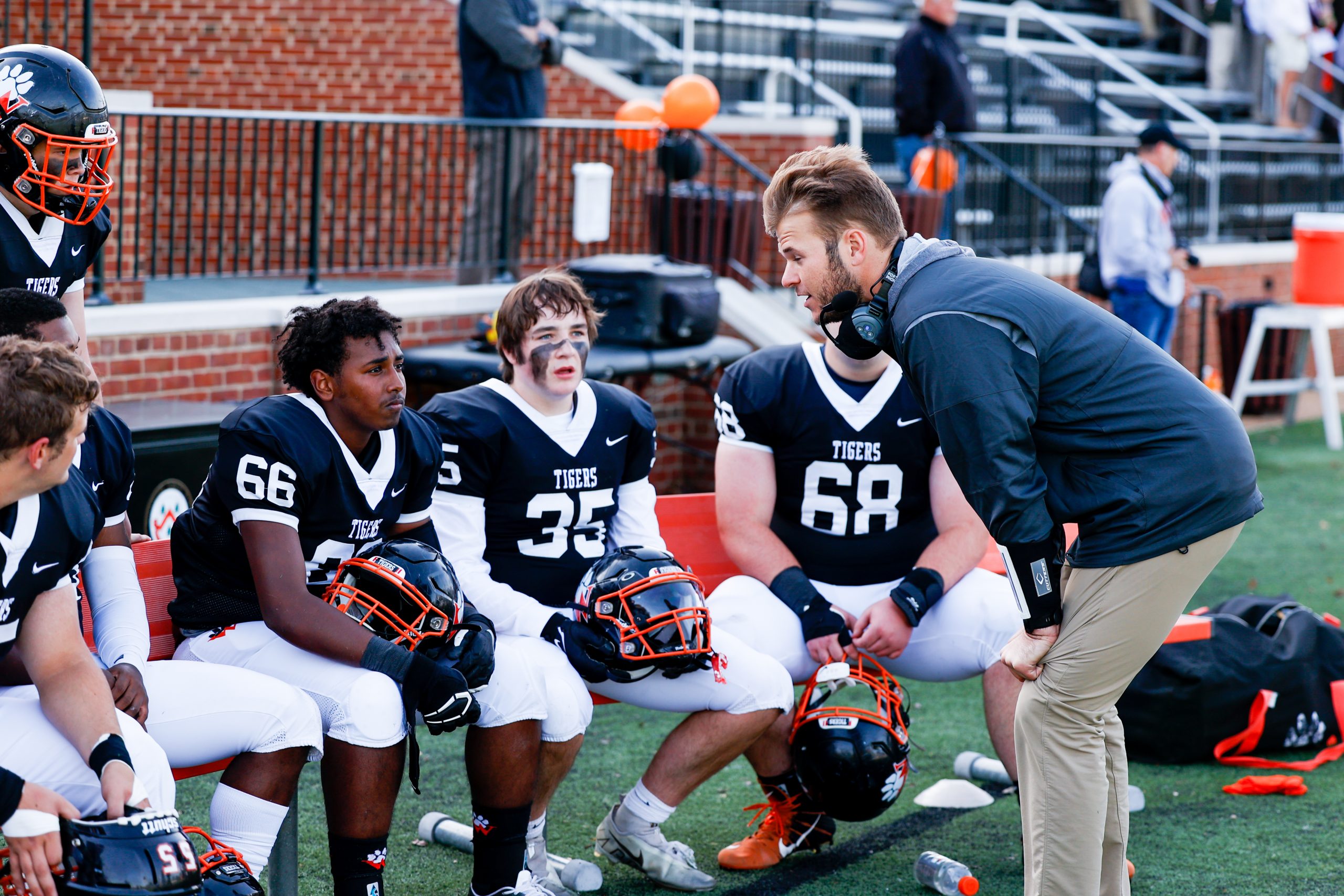 This last fall, Matteo provided a jolt of energy on the sidelines for Woodberry, bringing energy and enthusiasm to his role. At times it was hard to tell after a big play whether the players or Matteo were more fired up.

Matteo is young for a head high school football coach at 27 years old, but he spent nearly a decade at UVa immersed in the craft as a player for five years and then as a graduate assistant for three more years while he pursued his master’s in athletic administration and then his doctorate. He coached in his final game in the 2019 Orange Bowl.

Mendenhall has a reputation for being an extremely detail-oriented program builder and never willing to take a shortcut in running the team. When Matteo came on board as part of the staff, Mendenhall made it clear it wasn’t going to be easy, drawing on the advertisement that Antarctic explorer Ernest Shackleton supposedly placed looking for men to join his 1914 expedition to the South Pole.

“That’s what you sign up for with Bronco — low wages, bitter cold, long months of complete darkness, safe return doubtful,” Matteo said. “Being under his guidance and mentorship have really set me up in a position to build on the foundation that has already been laid here.”

Matteo got an extensive education in how to evaluate talent, identify character and how to use football as a transformative tool in the lives of young men.

“I think graduate assistants, they’re like Swiss Army knives, whatever you need them to do is what they do and the more you can do, the more you get to do,” Matteo said. “I feel like I can evaluate talent, but the more important aspect of that is character. I can evaluate character in a young person. It’s really hard to fake authenticity, and I think my experience there, I feel like a lot of that is transferable to this place, to this school.”

One major positive for Matteo is that the cupboard is far from empty for the Tigers. While West Point-bound Donovan Baker and Naval Academy-bound Conner Lessane graduate, the Tigers are slated to bring back a pair of All-Prep League picks in the trenches who are also high end talents in defensive end Armel Mukam and offensive lineman Emile Beaulieu as well as defensive tackle Rodney Lora who would’ve likely been All-Prep without a series of injuries that limited him last fall. They’ll also return quarterback Harley Shuford and All-Prep League wideout Landon Ellis who did massive damage in just five games last year. The Tigers will likely be playing with a heavy heart after the passing of longtime assistant Cornell Strother earlier this month, but they have a lot of pieces in place.

Now they’ve got their head coach.

“I’m prioritizing the 30-year old version of them, their holistic development is at the forefront of what I want to accomplish here,” Matteo said. “We’re going to hit the ground running.”