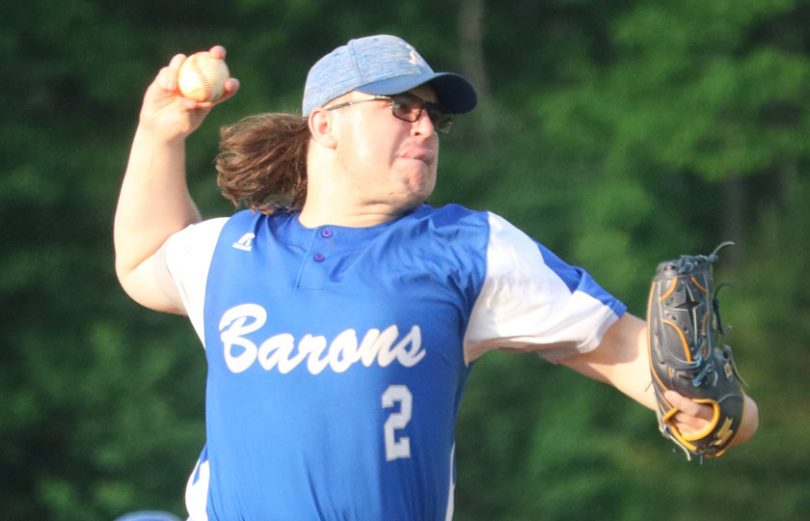 For Blue Ridge baseball, this was a big one. It had been nine years since the program won a conference tournament game. Since then, the Barons have had at least three different head coaches helping rebuild the program and endured a stretch where the varsity team was essentially mothballed and only played a junior varsity schedule.

That playoff win drought though? It is over after the Barons won a wild 12-10 victory over Covenant in the VIC quarterfinals Tuesday night.

“It’s awesome and it’s big for our program in general,” said Blue Ridge coach Rashad Talley. “It’s a long time, it’s an awesome feeling and I know the guys are loving it.”

It’s year one of Albemarle alum Talley’s tenure and with a complete team effort they went on the road and tripped up the state-ranked Eagles with Perry King knocking in three runs and scoring three more to help the Barons answer Covenant spurts time and time again. The win was a nearly complete reversal of a 13-0 loss to the Eagles back in late April and the offense churned out 13 hits as a team. Kris Deane went 3-for-4 and finished a home run away from the cycle with a triple and a double. Those hits led to two RBI and a pair of runs scored for the No. 8 hitter. The RBI triple that came in the top of the sixth and scored Charlie Fox held up as the game-winner.

“Kris Deane came into the game with one hit all year and he finished with three,” Talley said. “Before the game I was like, hey I remember in high school my last game as a senior, (if this is it) make your last game the best it can be and they played like it was their last game.”

Amon Johnson ripped an RBI triple for the Barons and Will Bankhead went 2-for-4 and scored a run.

Blue Ridge leaned heavily on Jaden Frazier on the mound as the senior hurler struck out nine in four innings of work, though Covenant’s offense managed to score eight runs during that span on nine hits and five walks. Trace Koenning then pitched three innings and gave up just two earned runs while striking out four and walking three. That was enough with the Blue Ridge offense playing at perhaps its highest level all season against a challenging opponent.

“(Trace) has been having an up and down year and I was kind of hoping he was going to have one of his good spots and he beared down and did a great job,” Talley said.

Koenning’s work in the final three innings was critical and he got some solid defensive play behind him including a pair of inning-ending plays from Frazier in the sixth and seventh after his move from first base off the mound in the fifth. Frazier, a 6-foot-9 UT-Chattanooga basketball signee, also hit a double as part of a 2-for-4 day at the plate.

“Jaden is a competitor man, between balancing basketball and playing golf and doing baseball I couldn’t ask for anything more from him,” Talley said. “He shows up, pitches well and I appreciate it.”

Covenant’s offense produced all day with Mason Mitchell leading the way with three RBI and a 3-for-3 outing at the plate that included two doubles as well as two runs and a pair of walks drawn. Jake Hoadley went 3-for-4 with a run and a walk while Wes Arrington scored twice. Marcus Bunch, Will Netemeyer and Rick Weaver each had doubles with Bunch and Netemeyer knocking in one run while Weaver plated a pair.

A trio of errors and a couple of wild pitches proved costly however, with Blue Ridge scoring four unearned runs on the day.

The Barons will face Miller Thursday in the VIC semifinals while Covenant awaits its potential state tournament fate. They were seeded seventh in VISAA’s Division III as of earlier this week, which would get them into the state tournament field. 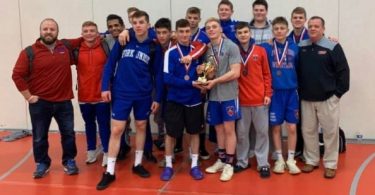