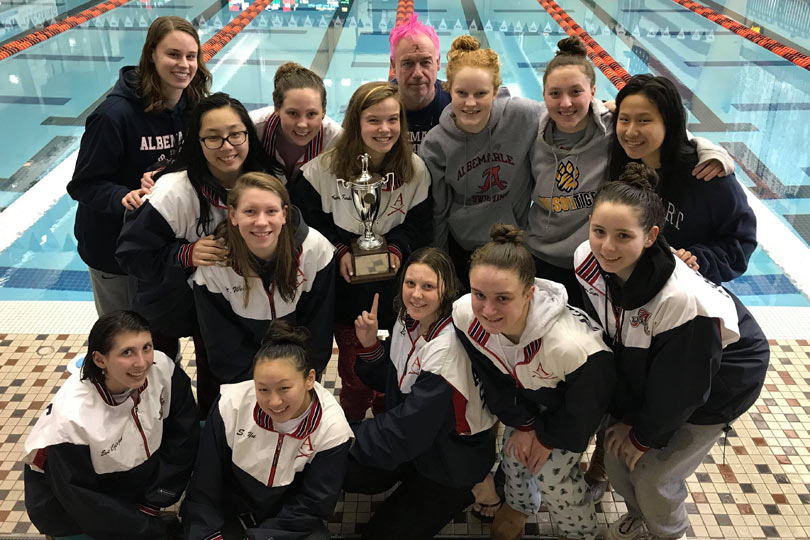 Albemarle’s boys swimming rolled while the girls’ squad needed just about every point they could muster, but in the end the result was the same.

Albemarle’s girls edged out runner-up Mountain View 437-425, led by a pair of relay victories and a lot of depth from event to event. The Patriots won the 200 freestyle relay and 400 freestyle relay to pile up some key points.

The Albemarle boys romped to their region title, outpacing runner-up Stafford 482-383. The Patriots won the 200 medley relay and 400 free relay while also taking second in the 200 free relay. Those relay wins and five individual event wins made for an easy win.

Walker Davis won the 50 and 100 free races, winning the 50 with a time of 21.43 in the 50 and 46.5 in the 100 free. He wasn’t the only double winner as Albemarle’s Ryan Katstra took the 200 free and 500 free relay titles. Angel Pilkey and Aidan Meyer provided the depth in those two events, with Pilkey taking third in the 200 free and fourth in the 500 free. Meyer took fifth in both races. 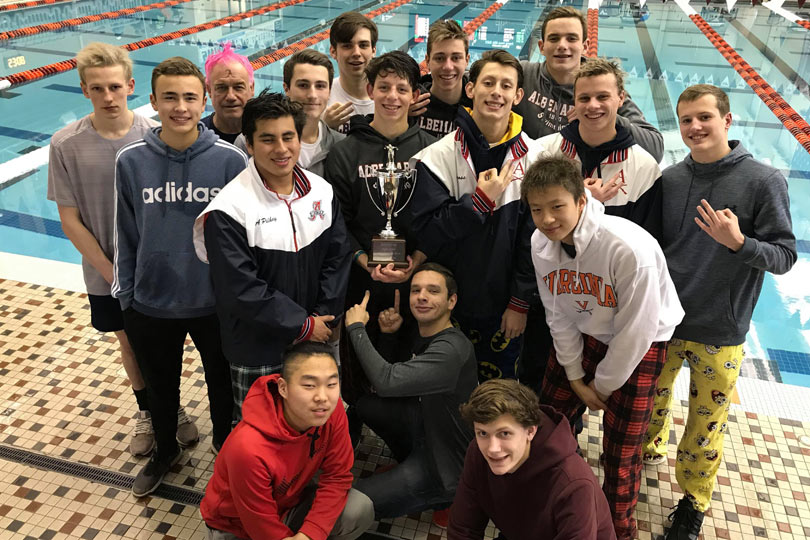 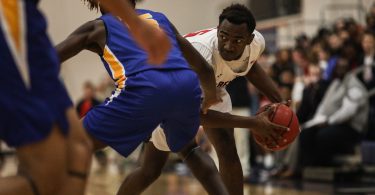 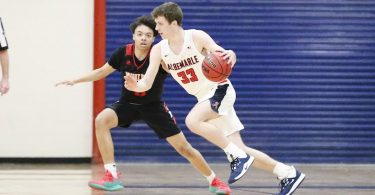