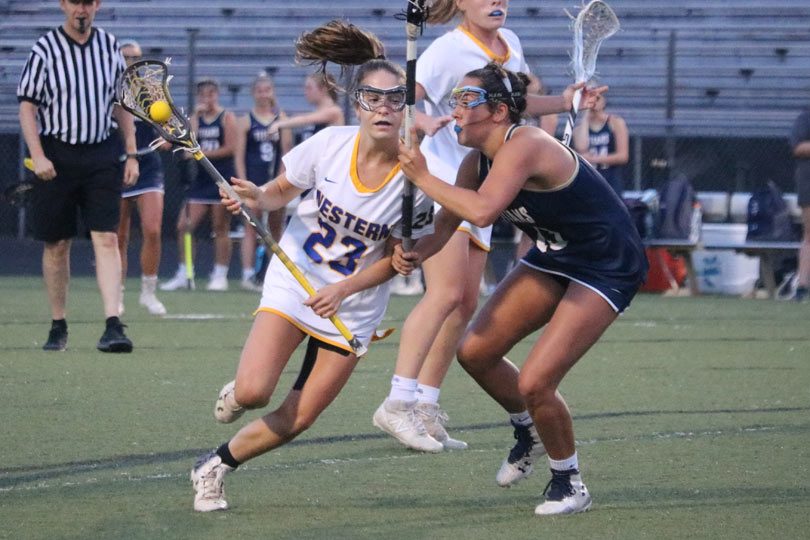 Western Albemarle girls lacrosse has been explosive all year offensively.

But the Warriors saved one of their finest defensive performances for the state final four, holding Hidden Valley in check to pick up a 10-5 victory in the Class 4 state semifinals and earn a chance to play for a state title Saturday in Salem.

“I think everything is paying off now — we worked hard all season and we’ve earned this,” said Western defender Annie Meenan.

The Western offense made sure that strong defensive effort held up with a seven-goal run in the first half that gave the Warriors what turned out to be an insurmountable 8-1 lead at the break. Libby Carbo led the offense with three goals and four assists, helping the Warriors take control of the game yet again. The sophomore has come on strong in the home stretch, making teams pay for trying to lock off Maddie Shearer or Reid Ferguson with either drives and finishes from behind the cage or a drive and quick pass to an open scorer.

“She always has her head up and I think that adds a whole other dimension because teams can’t really read what she’s going to do,” said Western coach Dana Boyle.

Meanwhile, Ferguson, Shearer and Anna Kreienbaum each had two goals to spur the offensive effort Erica Repich chipped in a goal of her own to round out the 10-goal effort.

Western enjoyed an 11-7 advantage on draw controls thanks in large part to seven controls from Shearer and four from Repich. Clearly that kind of slight edge on draws didn’t mean that Hidden Valley rarely had the ball. Tuesday night was a case of a defense making stops and forcing turnovers, not simply benefiting from a major time of possession advantage.

“They had great individual players and I think it took a lot of communication knowing when to crash and slide,” Meenan said. “We worked really well as a team and that’s how we got through it.”

Western’s defense snuffed out chance after chance and only needed four saves from keeper Kathryn Thomas to get the job done. In the process, Western advanced to the state championship game for the first time since 2015 and gave themselves a shot at the program’s first state title since 2010.

Western will square off with Dominion Saturday at 11 a.m. in the state title match. 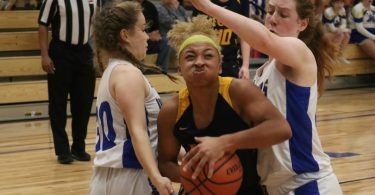