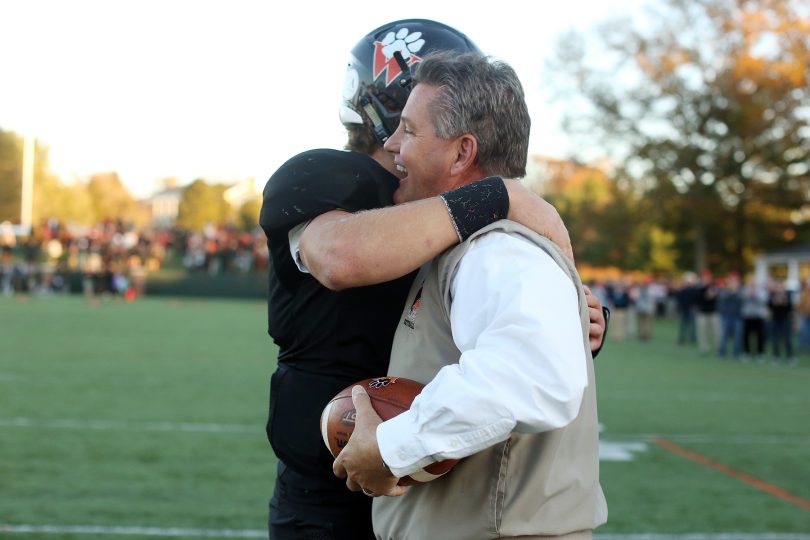 For several years during his tenure at Woodberry Forest, Clint Alexander found kids that weren’t a precise fit at Woodberry. Instead of moving on to the next candidate, he’d immediately make a call to Blue Ridge’s football staff and let them know there was someone they needed to take a look at. Someone who might be a fit at Blue Ridge.

Whether it was future James Madison defensive lineman Ryan Etheridge or future Wingate defensive back Justin Armwood, both All-State performers for the Barons, Alexander made sure those exceptional student athletes and others had a path and a place even if it wasn’t at Woodberry. In particular, he made sure they knew about the school in nearby St. George.

“I actually helped some kids find their way to Blue Ridge, guys I met and realized that was the perfect fit for them,” Alexander said. “They deliver on what they say, they’re going to do all they can to help these boys get to college.”

Now, it’ll be Alexander helping direct Blue Ridge’s mission. Alexander was named the Barons’ coach Monday, taking over after Jimmy Wills stepped down in January. Blue Ridge found its man in Alexander over the last month and they get a coach who knows the school’s program, region and mission, making it a seemingly perfect fit.

“Clint’s reputation as a coach and mentor is outstanding,” said Blue Ridge School Headmaster Trip Darrin in a release from the school. “Not only do we expect him to have great success on the field, we know he will bring out the best in our student-athletes.”

Alexander was previously the head coach at Woodberry Forest for 11 seasons from 2005 to 2016, leading the Tigers to a string of Prep League titles during a tenure where he helped place more than 33 athletes in college. He transformed the Tigers from an also-ran to a state and regional powerhouse that was taking on some of the most daunting programs in the mid-Atlantic.

“Blue Ridge wants to find kids that really want to get to college and need some work and I was always enamored with that,” Alexander said. “My wife (Elaine Alexander) and I can both be down there, living in a boarding school environment, I’m just excited about that.”

He joins a Blue Ridge athletic department that has elevated one of the state’s premiere basketball programs under Cade Lemcke, taking it to new heights as a regional power. The Barons’ lacrosse program is also on the rise again with former UVa coach Dom Starsia who took over the team last year. Seeing those programs’ success definitely drew Alexander’s interest.

“Trying to build something compatible to the basketball and lacrosse success,” Alexander said. “I’m going to have to play catchup to those two programs. But I’m excited to see what I can do to help augment their programs. I think it’ll be a nice trifecta.”

Alexander also pointed out that his wife Elaine and his friends are still here in the area, a lot of his family is down in Lynchburg, one of his sons lives in Atlanta and the other is likely to move to Virginia soon, so the Blue Ridge job puts him closer to family as well — much closer than Michigan.

Alexander spent the last five seasons in the public school ranks, transforming previously dormant Grand Blanc into a major factor on the state scene in Michigan. Most recently, Grand Blanc went to the state semifinals this fall. Alexander followed much of the same pattern he utilized at Woodberry, going two-platoon, revamping the strength training program and drastically increasing the numbers, adapting his system and approach to available talent on not just a yearly basis, but a week-to-week basis.

“It was an exciting challenge, it’s such a big school and they’re playing some of the top schools in the state, and to get it to this point (where they made the state semis), that’s never happened before,” Alexander said.

Some of the traditions and approaches that Alexander developed at Woodberry though aren’t possible in a public school environment, like cake night where the Alexanders had the team over during the week and everyone got a piece of cake.

“In a boarding school, when a kid needs you, you can go find them,” Alexander said. “There’s nothing in the way at a boarding school of you making a great relationship. Cake night is hard to pull off at a public school. All those little things to make the culture truly a family are at a boarding school. You suffer together, you celebrate together.”

Now that suffering and celebrating that Alexander and his programs have been doing for years will take place in St. George. Plus, there’ll be cake, and that’s never a bad thing. 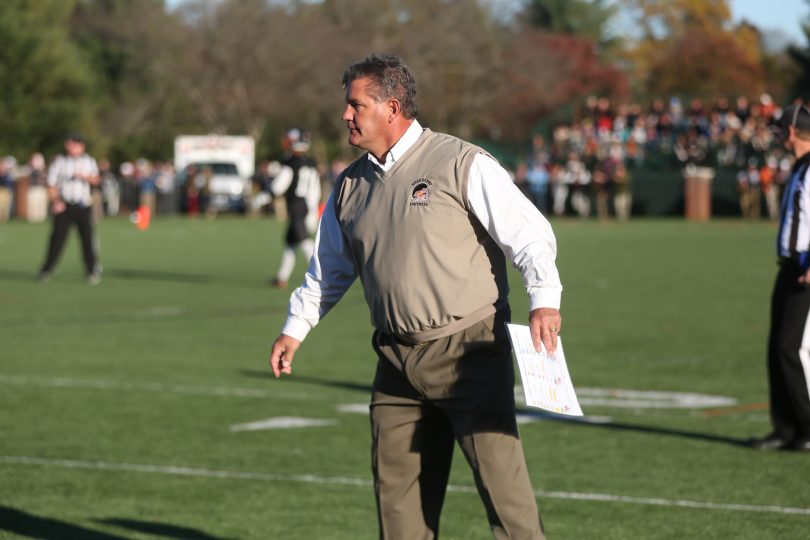