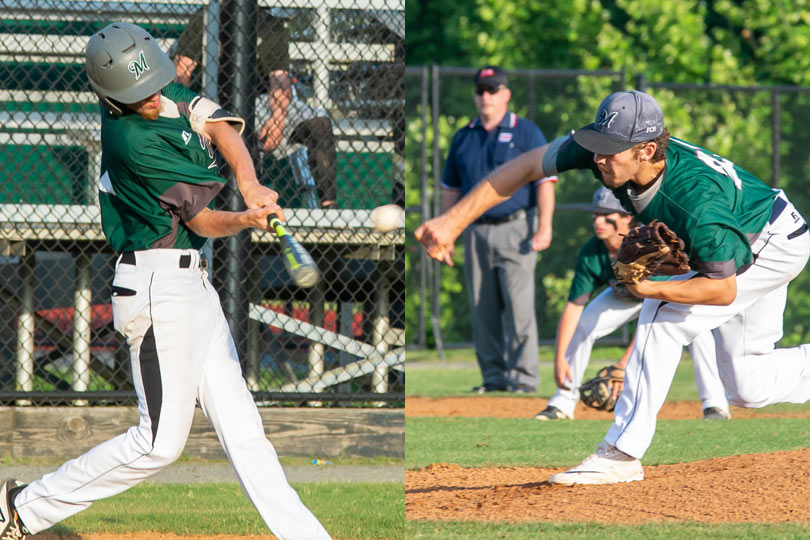 If you’re looking for William Monroe baseball’s Lance Tate, you’d be advised to keep an eye out for the Dragons’ Derek Ryan.

“They do everything together, if you see one, you see the other,” said William Monroe coach Mike Maynard.

That’s been the case for a long time, since Ryan and Tate started playing baseball together back in elementary school

“It’s definitely like a brother bond,” Ryan said. “It’s not just on the field. He’s a part of my life.”

Tate, who earned a scholarship to play at Lincoln Memorial University starting next year, was slated to step into the No. 1 slot for the Dragons as a starting pitcher while also playing outfielder after three years of waiting his turn in one of the area’s most consistently successful programs since Maynard took the reins. Meanwhile, Ryan, who’s set to play for Eastern Mennonite next year, was going to be the Dragons’ No. 2 starter and play as a corner infielder. The COVID-19 pandemic prevented that pairing from taking full form outside of a single scrimmage where Tate was throwing 87-86 consistently and struck out two batters in his one inning of work.

“We do everything together,” Tate said. “It’s hard to see that this was going to be our last year playing with each other. It really hurt not being able to play.”

The two hurlers were set to be a one-two senior punch leading, along with classmate Joseph Flynn, a young but talented roster

That work ethic is part of what brought Tate and Ryan together as friends and it bonded them to a program that preaches that work all the time. Tate picked up a lot from former Dragon R.J. Payne when Tate made the varsity squad as a freshman as Payne made it clear that if Tate wanted to get where he wanted to go, it was critical to follow the program’s out-of-season workout program, three days of lifting per week and two days of throwing. Tate has continued to follow that even in the wake of the cancellations, using his time when he’s not fishing to throw, get his running in and do band work critical to pitcher development.

“The reason he got his scholarship is the way he works,” Maynard said of Tate. “He does like extra, extra after practice. I’ve never once had to ask him to run his poles. He’s right there with Keegan Woolford on work ethic and those type of kids are hard to find.”

Ryan is similarly driven and focused. While Tate missed just one workout day all year — for a dentist appointment — Ryan didn’t miss any. When two of the teams’ best players and senior leaders set a tone like that because of the responsibility they take for the program, it can be transformative.

With a small senior class, having Tate and Ryan in that small group was set to make a huge difference for the Dragons.

“We’ve had years in the past where we had six or seven seniors but they weren’t leaders like these two were,” Maynard said. “I never had to worry about a thing with Derek and Lance and that makes high school sports enjoyable.”

Maynard, Tate and Ryan are a pretty natural fit. Maynard is pathologically competitive, regularly telling players he wants to win more than anyone and Tate and Ryan couldn’t have been a more natural fit. They regularly begged to go on scouting trips with Maynard, eager to find any edge in the next game.

“It’s different when you see it in person — when you play, you know what to expect,” Ryan said. “You know how the batter swings the bat, how they play. What you put in is what you get out of it.”

Tate and Ryan have gotten a lot out of it too. They were both managers as eighth graders on the last Dragons squad that advanced to the state finals, the 2016 group that upset Turner Ashby in the state semifinals, so they were in the dugout for one of the most impressive wins in program history. They made contributions early in their careers with Ryan pointing to Tate’s first varsity home run , and really broke out as juniors with Tate becoming the squad’s No. 2 pitcher behind Reilly Owen while Ryan emerged as a crucial corner infielder.

Both are capable of shutting down opposing lineups and can also hit for power at the plate. The Dragons have struggled in the last couple of years to hit generally, but they’d worked hard to remedy that issue and showed signs of their explosive potential last year like a late April 14-3 explosion against rival Madison County that included four Monroe home runs, two by now junior Hunter Powell and one each from Owen and Ryan.

“The ball was flying that night,” Ryan said.

“You’ve just got to make the best of it, you can’t dwell on it,” said Ryan, who is spending more time now working on his family’s farm while also getting his baseball work in.

You can’t dwell on things because there’s work to be done. Where hard work can take you is the lesson that both seniors have absorbed from their time at Monroe. And that lesson has forged some lasting, special bonds throughout the team.

“It’s really a brotherhood, everybody likes each other, everybody talks to each other,” Tate said. “Some days we’ll go through a bad day but we always fight through it with each other.”

Tate may have absorbed that from the program, but he and Ryan also helped create that approach through their leadership and their presence day in and day out.

After all, when you do everything together, it’s not just easier. Most of the time, it’s better. 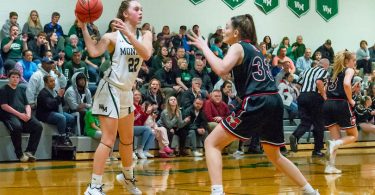