“I’m very proud of our girls and how they responded and how they took ownership of things themselves,” said Charlottesville coach Jim Daly.

They definitely responded, coming up with a key Jefferson District win on the road at Fluvanna, 71-56.  Several key performances and some good shooting carried the Black Knights as they knocked down eight threes as a team.  Andrea Lefkowitz had a monster outing, scoring all 13 of her points in the second half while posting a double-double with 11 rebounds.

“We played great — we bounced back after a tough loss last night, we played really tough and knew we needed to get this win,” said Lefkowitz.

Throughout the first half, the two teams went back and forth, with Charlottesville taking a three-point lead to the half.  T.C. Younger led the Black Knights offensively with 11 of her 17 points coming in the first half.

One consistency though throughout the game was that neither team was going to let up in terms of physicality.

“Our girls compete hard at practice, we’ve got 11 girls that go hard at each other and I think that’s a big part of it” said Daly. “And we have six seniors who’ve played Fluvanna at least 12 times in their career, and it’s always a battle with them.”

The Black Knights won that physical battle, earning offensive rebounds, getting second-chance buckets, and getting opportunities for points at the charity stripe.  By earning trips to the foul line, they attempted 33 free throws over the course of the game. Adding that with performances like the ones Lefkowitz and Younger had, and you have a recipe for a second half that put the game away.

For the Flucos, Navaeh Ivory led the offense with 19 points.

This was a big bounce-back victory for Charlottesville, getting it done against a tough Fluvanna squad.  But they know that there’s more work to be done in district play.

“Right now in the district, we’ve tried to figure out the math, but there were four teams with one loss in the district going into tonight, so it’s going to be a battle — we still go on the road to Louisa and Albemarle and some more tough games coming up,” said Daly. 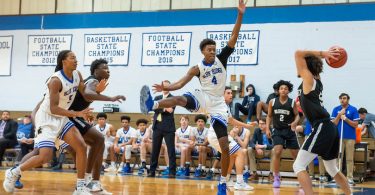 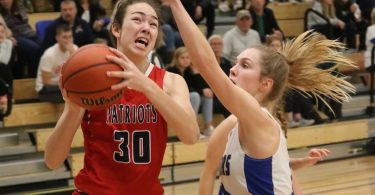