Sometimes in physical basketball games, there are going to be moments where it seems that whatever a team does, they can’t seem to make shots.  The defensive intensity of both teams seems to be controlling the game, with neither offense able to get themselves into a rhythm. That was how the first half went when the Western Albemarle boys basketball team visited Monticello and picked up a 54-32 victory.

“I thought we played really well defensively especially early on,” said Western coach Darren Maynard.  “But we just couldn’t score, they were really physical with us inside and we just couldn’t put it in the basket, and gotta give Monticello credit, they played super hard on defense.”

The first half was full of tough, physical defense from both teams.  The Warriors played particularly well on the defensive end early, allowing only two points in the first quarter, helping them take a 9-2 lead.

In the second quarter, the intensity and toughness from Monticello began to help them turn things around as they trimmed the deficit down to five, going to the break trailing just 19-14.  Justin McCartney played a large role in the Mustangs’ offensive efforts, scoring 6 of his 13 points in the quarter.

Things weren’t looking bright for the Warriors’ offense, and they knew they needed to adjust to the tough defense played against them.

“I told them that we needed to get a little tougher, we needed to be able to play through contact and make shots.  They were real physical with us but sometimes you just need to toughen up and put the ball in the basket,” said Maynard.

The Warriors got the message, without losing any of their defensive intensity either as they began the half on an 8-0 run, and the game never got much closer after that.  The Warriors were lifted offensively in the quarter by Isaac Sumpter, who had 12 total points with five coming in the third. A Tommy Mangrum buzzer-beater also helped to give the Warriors a 35-21 lead going into the final frame.

In the fourth, the Warriors put the game out of reach with their offensive production, sparked by Mangrum.  He had nine of his 15 points in the quarter, including a stretch where he had a fast break slam off of a Mustang turnover, and then the next play finished an alley-oop off the glass. Mangrum also picked up eight rebounds. Henry Sullivan led the Warriors on the boards with 13 rebounds, posting a double double with 11 points.

While any Jefferson District win is a good win, the Warriors have to go prepare themselves for tough matchups ahead.

“We’re pleased to be where we’re at right now at 6-0, but one of our goals is to win the Christmas tournament, we got a tough draw, Stafford’s a really good 5A team, but we’ll try to be ready,” Maynard said. 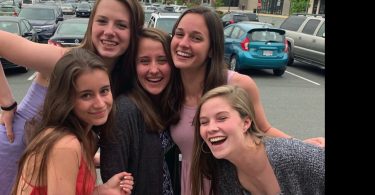