Seven different wrestlers from local squads advanced to the VISAA state wrestling semifinals Friday with four different schools represented in the round.

Covenant’s Rick Weaver, hunting for his fourth-straight state heavyweight title, pinned both his first two opponents to advance to the state semis. He’s joined in the heavyweight bracket by Woodberry Forest’s Bill Clark who beat Fork Union’s Javion Watson to get a shot at Weaver in the semis.

At 220 pounds, Blue Ridge’s Amon Johnson pinned both his first two opponents to advance to the semifinals.

At 195 pounds, Fork Union’s Colby O’Neil pinned both his opponents early to grab a spot in the state semifinals.

At 126 pounds, Woodberry Forest’s Tank Yaghboui won his quarterfinal match 10-6 to advance to the state semifinals.

At 113 pounds, Fork Union’s Lucas Yates won his quarterfinal match 11-4 to take a spot in the semifinals.

Numerous other local wrestlers are alive in the VISAA consolation rounds. 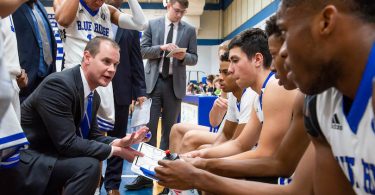